As much as we love whiskey, there are other spirits in the world that deserve our attention. You can’t very well make a Martini with whiskey now can you? That would be a Manhattan. Also, this is a gift guide after all. Presumably, even if all you drink is whiskey, others in your life may not follow your lead. So if you’re not acquainted with the spirits that your loved ones drink then you’re in a bit of a pickle.

That’s where this guide comes in handy. Of the many spirits that weren’t whiskey released this year, these were our favorites. Most of them are made in limited quantities, but should be relatively easy to find — especially when compared to whiskeys like the Pappy Van Winkles or Old Forester Birthday Bourbons and the like. Additionally, these all offer tremendous bang for your buck. And finally, several of them are great gateways into their respective categories for the whiskey drinker.

Presented in no particular order, here is Distiller’s Everything But Whiskey Spirits Gift Guide for 2020.

Plantation Fiji 2005 is a vintage release from the brand featuring rum distilled in triple-column stills at The Rum Co. of Fiji. It aged for 14 years in ex-bourbon barrels in Fiji before it was recasked and aged for an additional year in French oak Ferrand cognac casks in the brand’s cellars in Cognac, France. Only 28 casks were produced and it was bottled at 50.2% ABV.

The aroma here is full of oak, warming barrel spices and gentle char smoke. If you add water — just a splash — you’ll find a bit more of the bourbon flavors of vanilla, golden syrup, and even a touch of marshmallow. The fruit factor here is low and offers up just an accent to the dram. It’s sweet, but with everything else going on here it’s balanced. You get more of the oak integration and gentle molasses flavor. I would definitely recommend this as a sipper, especially for whiskey drinkers. 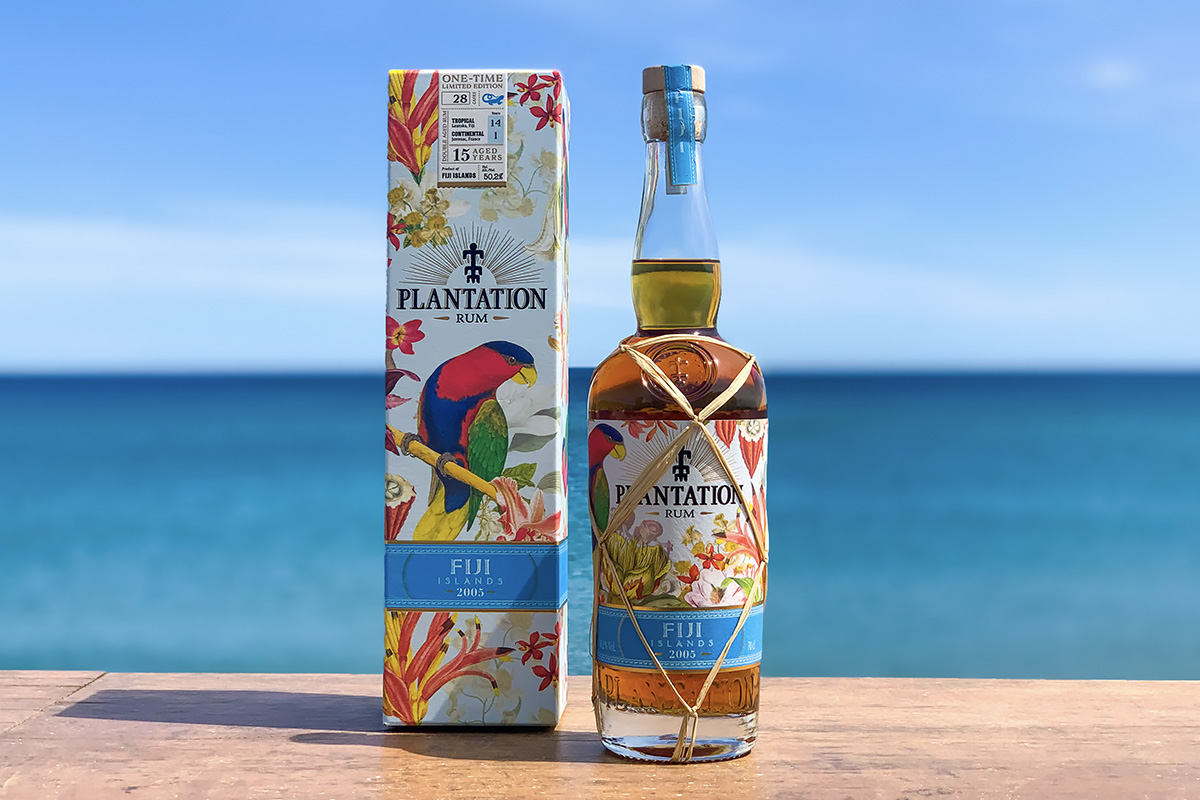 Master Blender Trudiann Branker wanted to feature casks not typically used at Mount Gay for this expression so she settled on European oak tawny port casks. The rum consists of two parts. One is a column-distilled rum which aged for 5 years entirely in tawny port casks. The second rum was double-distilled in copper pot stills and aged initially in ex-American whiskey barrels for 14 years before finishing in tawny port casks for one year. Branker blended these two rums and bottled it without chill-filtration at cask strength of 55% ABV.

The aromas are quite intense, displaying a mix of tropical and cooked fruits along with a good dose of oak. Sweet flavors of butterscotch and vanilla are also to be found here as well as a bit of milk chocolate. The rum is full on your palate with more of the cooked fruits and sweet flavors coming through here. The finish is tangy and a little bitter which gives some depth to the rum. 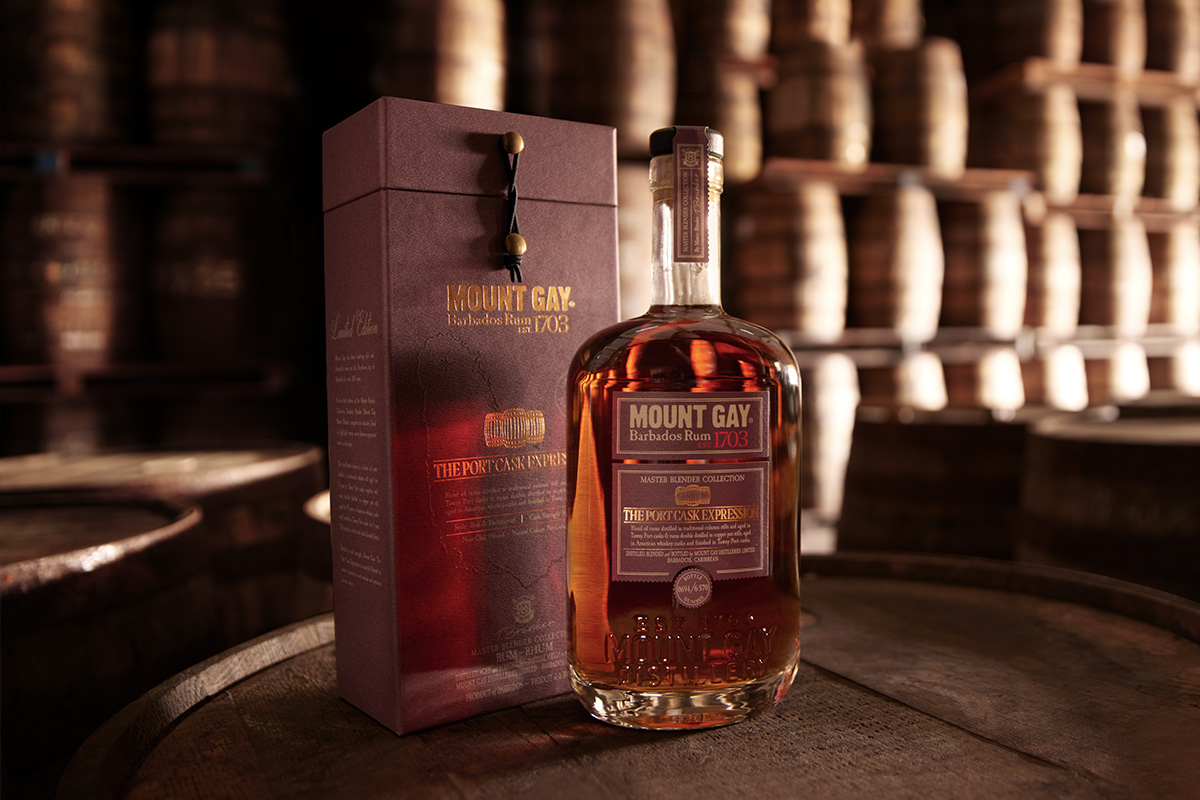 Equiano Rum is an African-Caribbean blended rum made from 100% molasses and sourced from two distilleries: Gray’s in Mauritius and Foursquare in Barbados. The Gray’s rum was aged for 10 years in a combination of French Limousin and ex-cognac casks while the Foursquare rum (blend of column and pot still rums) was aged in American oak ex-bourbon barrels. It is bottled without added colorants, spices, additives or added sugar.

On the nose you’ll find a pleasant molasses aroma coupled with some fruit — think ripe cherries and apples. Some oak notes are also found, but in more of a supporting role. The rum is rather elegant on the palate. Additionally, it’s modestly sweet and offers up a nice tang which helps to balance the flavors. Overall the rum is one you want to spend some time getting to know. Would serve as a sipper rather than a mixer. 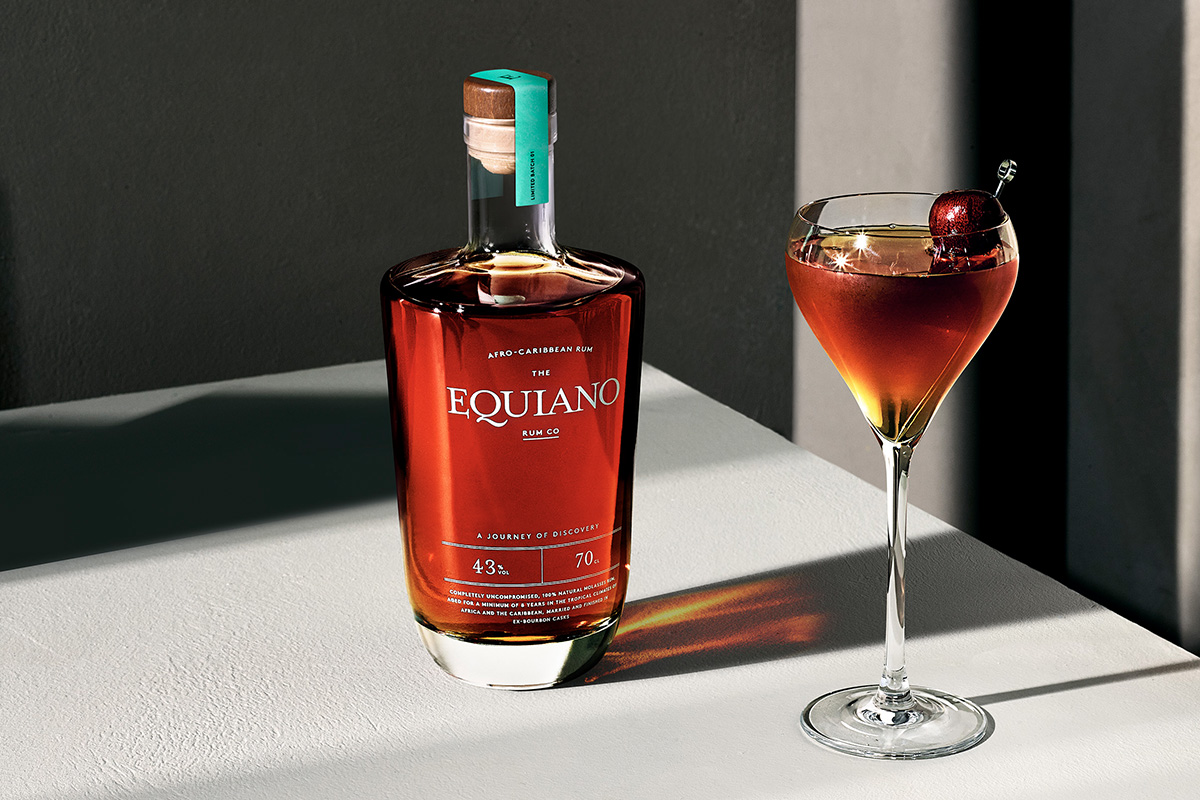 Angostura Cocoa Bitters debuted in the US in August 2020. Notably, it’s made with Trinitario cocoa nibs grown on the islands of Trinidad & Tobago, among other botanicals. This is just the third bitters for the brand following the Orange Bitters launch in 2007.

Cocoa Bitters makes the perfect stocking stuffer for anyone into cocktails. It offers up an extra level of depth to any cocktail while not totally taking over. It’s also super versatile. Try it out in your next Manhattan, Old Fashioned or Espresso Martini. Pro tip: if you’re looking to hydrate in between cocktails, add a few dashes to Club Soda for a tasty alternative to water. 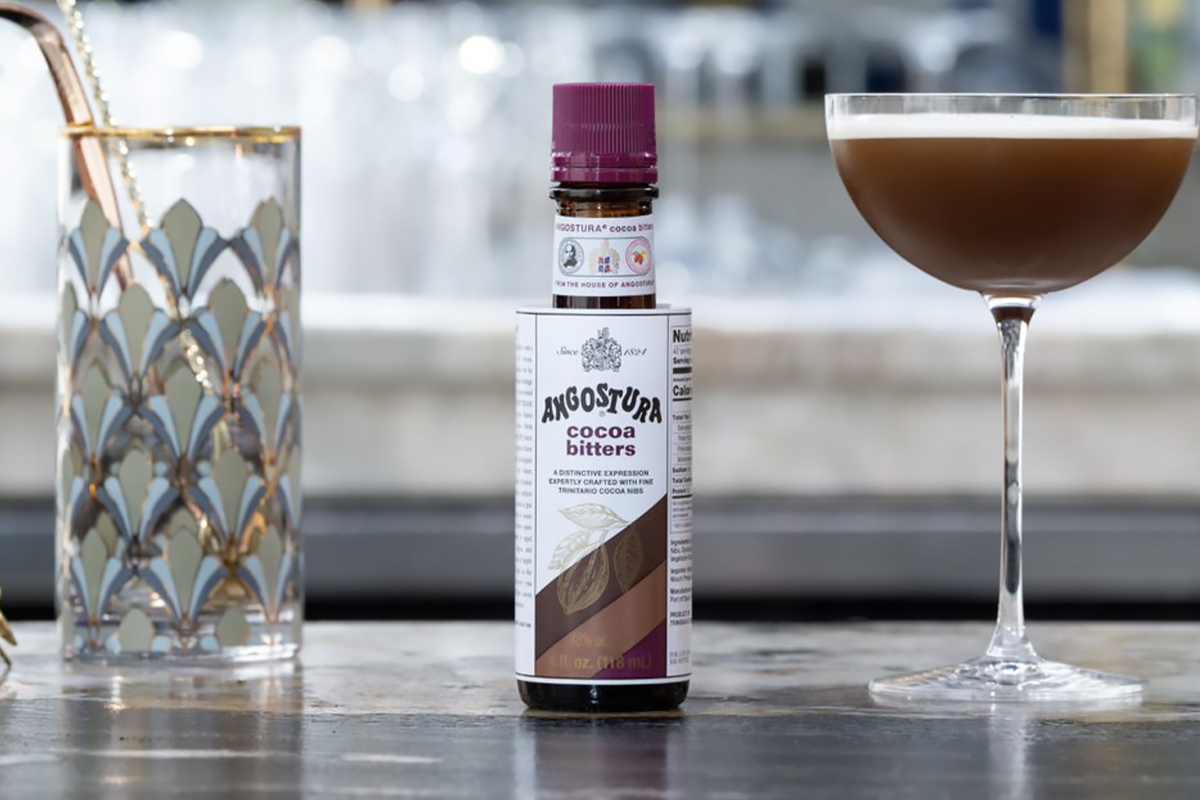 Monkey 47 Distiller’s Cut bottlings typically include one additional ingredient for this annual release. After he was able to secure five barrels of the Japanese wood, Founder Alexander Stein settled on Mizunara oak barrels as that ingredient for 2020. This Distiller’s Cut Gin was matured in these barrels for an unspecified amount of time. Only 2,000 bottles are available in the US.

There’s a light golden color to the gin due to the Mizunara oak aging. The barrel gives the gin an overall gentle woodsy aroma. But this is still a gin, and a very aromatic gin at that. Fans of the standard Monkey 47 will still find the mix of fruity (especially citrus) and floral aspects as well sweet spices such as coriander. What’s unique about Monkey 47 is they get the balance right. Despite the number of botanicals, and now the wood aging, the gin is in harmonious balance and not a muddied mess. You could easily sip this as you would a whiskey, particularly on cold evenings. 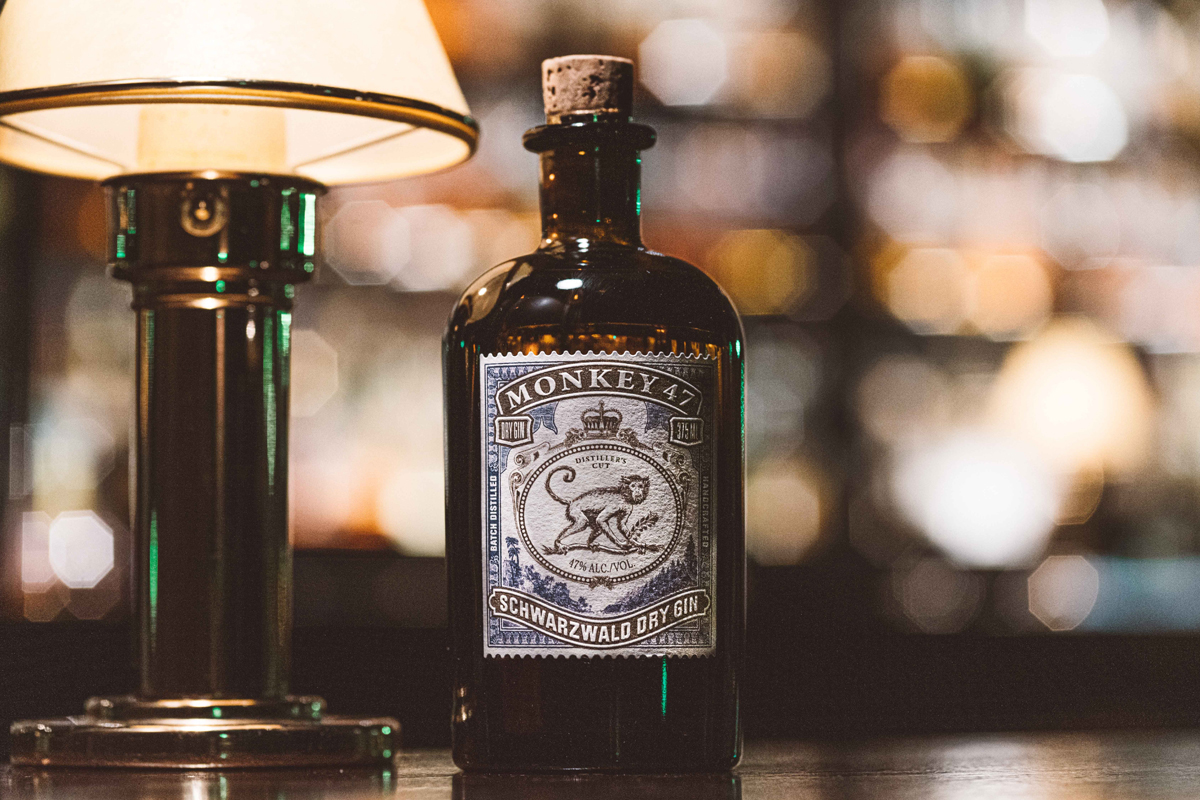 Belvedere Heritage 176 is a unique offering from the Polish vodka brand. It is made with 100% rye like its flagship product, but 2% of the makeup here is malted rye. Technically, Heritage 176 is a “spirit drink” and not a vodka as the malted rye spirit which is used here is only distilled to 92% ABV and not the 96% ABV needed to qualify as a vodka. The name refers to the kilns used in the malting process being heated to 176 degrees Fahrenheit.

Heritage 176 is peppery and grain-forward on the nose, but compared to the standard Belvedere, there’s more of a sweetness on the nose. The spirit feels full on the palate with a moderate oiliness coupled with sweet toasted grain. The spice level is moderate and the taste is bittersweet. Again, compared to the standard version, this spirit has more of a nutty quality. However, as it’s overall fairly neutral, all of the flavors mentioned are nuanced. The finish is fairly lengthy. Overall, it’s an excellent sipper and great in a Martini. 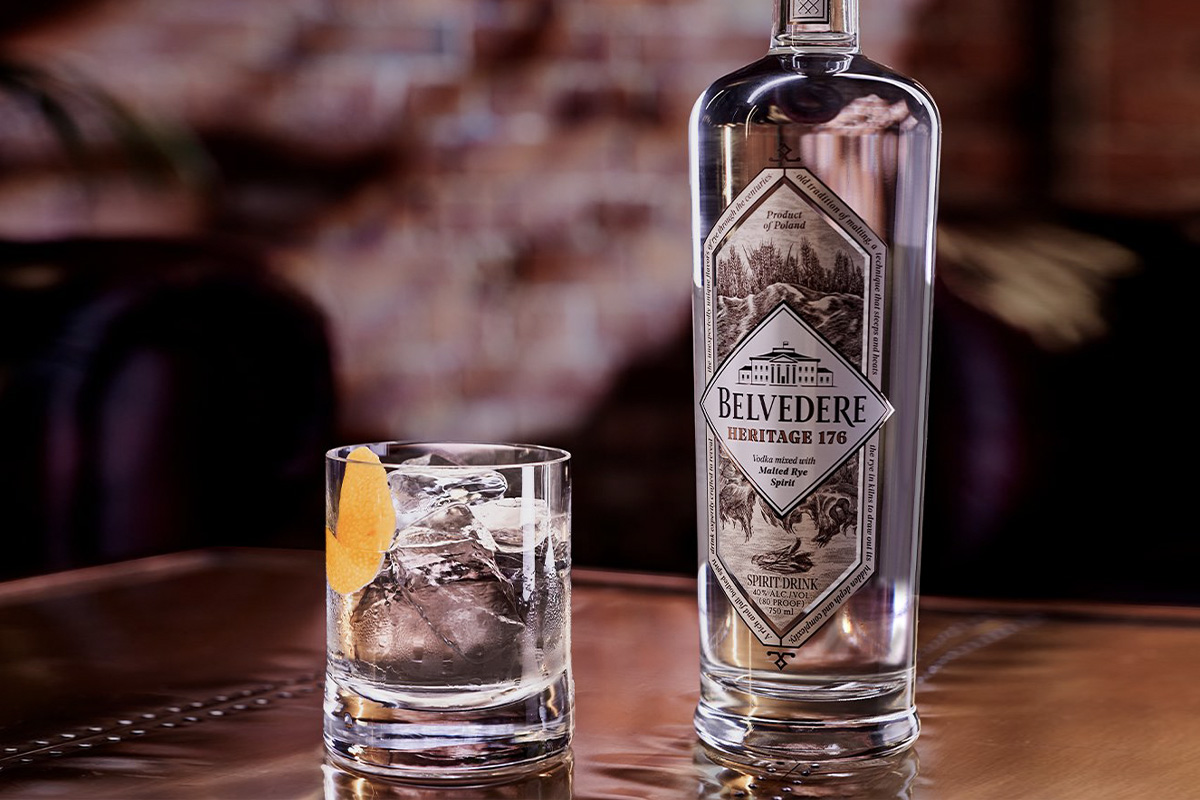 Casa Herradura produces its own barrels for the maturation process for its tequilas. Uniquely, this particular añejo tequila used specially grooved, heavily-charred American white oak barrels. The tequila was aged for 14 months in these barrels and then bottled at 40% ABV. Markedly, Herradura Legend Tequila is a permanent addition to the brand’s portfolio.

The grooved barrels have certainly influenced the aroma with oak and char smoke coming through along with dried herbs and toasted nuts. The tequila is medium-full and shows the peppery agave notes that are found in Herradura tequila. The aftertaste is earthy and bittersweet and the tequila feels warm in your chest. The fact that these are new barrels rather than used bourbon allows the tequila to retain the peppery and herbal quality in the tequila. 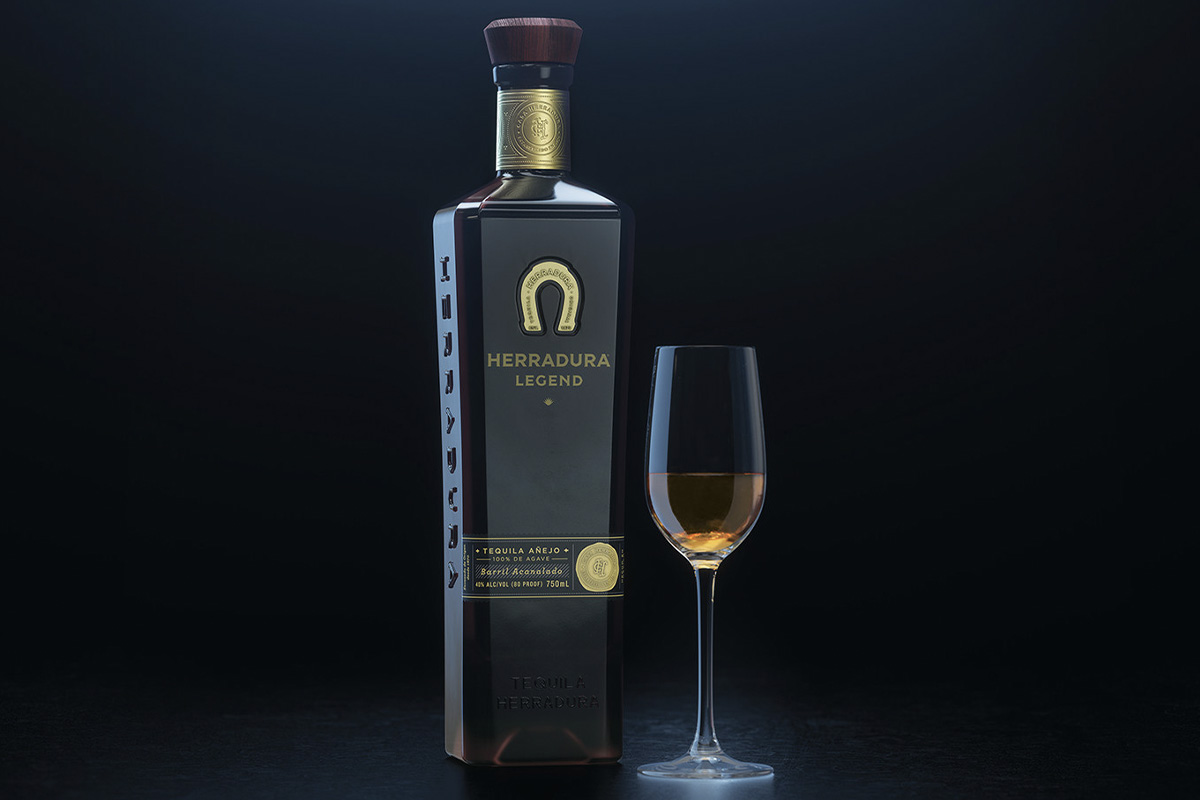 This cognac was released to commemorate the brand’s first blend of Antique XO which was first released in 1920 by George Hine. This anniversary edition was crafted by Cellar Master Eric Forget and contains an eau-de-vie from the Vintage 1920 which had been housed in glass demi-johns in the Réserve du Paradis cellars. Additionally, 40 different eaux-de-vie are used in this blend, all aged for at least 20 years and all from the Grande Champagne region including the 1920 vintage. Only 1,920 decanters were produced with 270 earmarked for the US.

The cognac is incredibly aromatic with floral and orchard fruits from the moment you open the bottle. These floral notes continue along with dollops of earthy aromatics before coming back to a mixture of fresh and dried white peaches, grapes and pears. As you finish, you’ll find a honeyed/nutty quality as well as gentle spice on its lengthy finish. 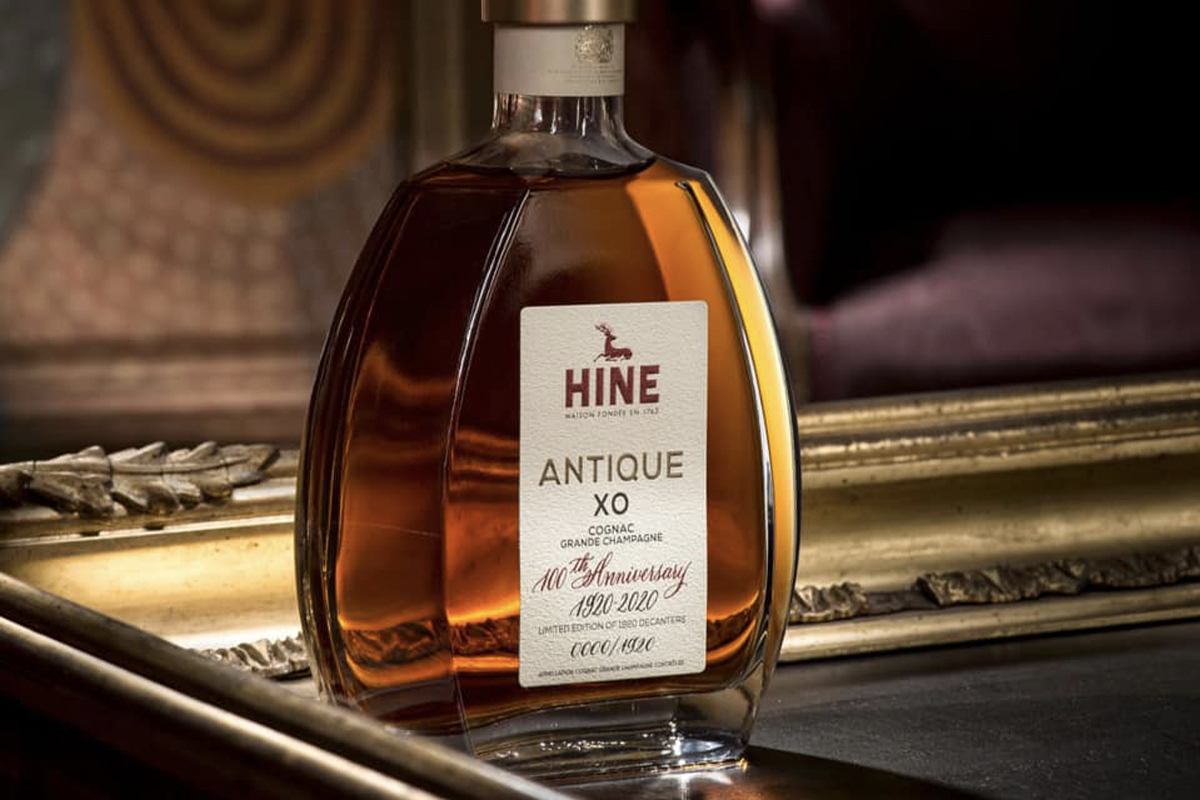 Looking to grab a bottle from this spirits gift guide 2020?