A new year inspires resolutions for bettering oneself. Not only is it important to consider what we eat, but also what we drink. With that in mind, we thought we’d share some spirits brands that are creating sustainable spirits. Whether it’s reducing emissions, re-using waste ingredients, adhering to organic principles or straight up philanthropy, the following brands all take an environmentally mindful approach in their production processes.

Annually over 260 million pounds of bread are left unsold in The Netherlands. Astonished by this number, two enterprising do-gooders, Nico Commandeur and Chris Rijkenberg, decided to take action. They created Bakers Best, an eco-friendly oude genever made from waste bread.

It didn’t take long for them to gather the bread they needed for their first batch. Distilled at De Tweekoppige Phoenix, also known for Kever Genever, each bottle of Bakers Best contains roughly seven slices. ‘Theoretically, each batch of Bakers Best will be slightly different, because the ratio of types of bread differs each time,” says Rijkenberg. “It is important to us to make the consumer aware of the possibilities of waste bread.”

Kentucky-based Copper & Kings helped put American brandy on the map, but did you know the brand is also extremely high on sustainability? “We all need to do something, even if perceived to be quite a small initiative, and the little things add up to big things to making a positive environmental impact,” says a brand representative. Copper & Kings uses solar energy and distills with two closed loop water recycling arteries, while also using repurposed shipping containers as well as recycled wood for furniture. Additionally, if you visit the distillery by bicycle, you get a 50 percent discount on your tour.

Perhaps the brand’s most curious project is “Let the Mystery Be”, a soon-to-be-released spirit made from leftover bottles from distillery events. The collection of spirits is then redistilled and is currently maturing in Copper & Kings warehouses, and will remain there for at least two years.

While there are now more organic single malts available, Benromach Organic was the world’s first single malt whisky to be fully certified by the UK Soil Association—a rigorous process. Literally every step of the production process is carefully analyzed before certification is given. 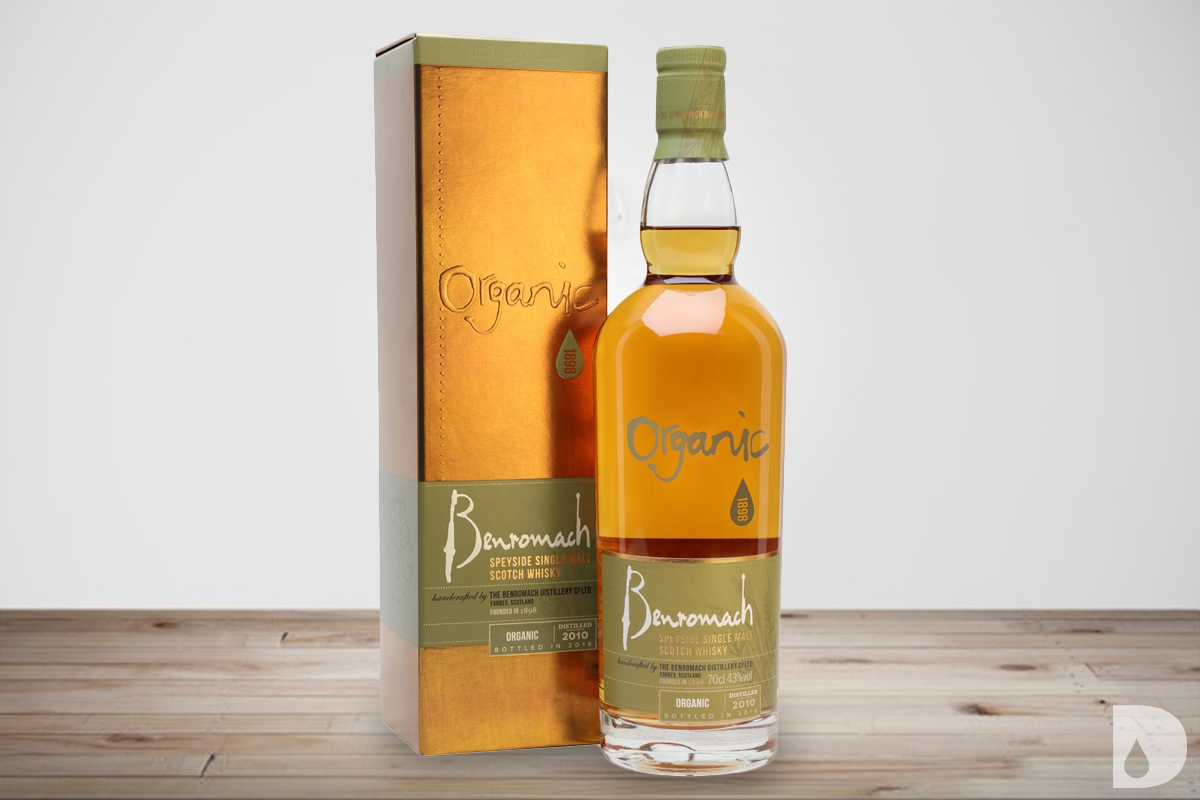 For only one week every year Benromach makes its organic spirit. But before production can begin, a thorough cleaning and purging process takes place to avoid any cross contamination. The barley, the distillation and maturation process, and the bottling all meet the rigorous standards set by the Soil Association. The virgin oak casks for example, are sourced from environmentally managed forests in Missouri.

When your distillery is located right near the Atlantic Rainforest—one of the world’s most important and endangered rainforests—you better find a way to live within the ecosystem. That’s exactly what Novo Fogo, a cachaça producer in Brazil, has done. The brand’s hypermodern facility only uses organic sugarcane, while producing zero waste.

But just existing and not exacerbating the problem is not enough. The Atlantic Rainforest has already lost 85 percent of its land mass. With this in mind, Novo Fogo started a reforestation project, The Un-Endangered Forest. So far 690 native and endangered trees have been planted, while 88 species of birds have been registered using those trees.

One of the few certified organic (and kosher) distilleries in the US, Journeyman Distillery is a craft producer from Michigan. To be certified organic, at least 95 percent of its raw materials must meet the USDA’s rigid standards. The other 5 percent can only be foods or processed with additives on an approved list. The grains for instance, are grown on land that has been chemical free for at least 3 years.

Koskenkorva has been around since 1953, but only launched in the US in 2017. This Finnish vodka brand uses local mountain spring water and two local barley varieties, Saana and Elmeri, which are among the northernmost barleys in the world.

Most importantly, the brand doesn’t waste any of it. Biofuel is made out of the husks, and the on-site bio-energy plant has reduced emissions by 50 percent. Barley that isn’t used for production is turned into paper or other products. If you want to be environmentally responsible, use Koskenkorva the next time you make yourself a Bloody Mary.

These spirit producers aren’t going to solve all our environmental problems by themselves. Instead, they serve as a catalyst. Like Copper & Kings, whose solar panels inspired others in their neighborhood to install up to 600 panels as well. They set an example for us all.

It’s Past Time To Dive Into American Brandy