For fans of well-made tequila, the increased attention given to the spirit often seems to be a mixed blessing. If the upshot is a dramatic increase in quality, the chaser is some new trend that threatens to take the spirit backwards.

A few years ago, the big divide was between 100% agave tequilas and low-quality mixtos cut with other fermentable sugars. Exports of the former to the United States finally exceed the latter, reflecting a real interest in higher-quality spirits. On the other hand, this rapid growth in the tequila market has also driven industrialization. Some brands have adopted methods that are extremely efficient, but lacking in character. The trade-off of these more efficient methods is often a tequila that just doesn’t taste much like agave.

Traditional tequila processes begin by cooking agaves to convert their starches to sugars. They are then crushed and shredded to release their juices. This liquid, called aguamiel, is then fermented and distilled. 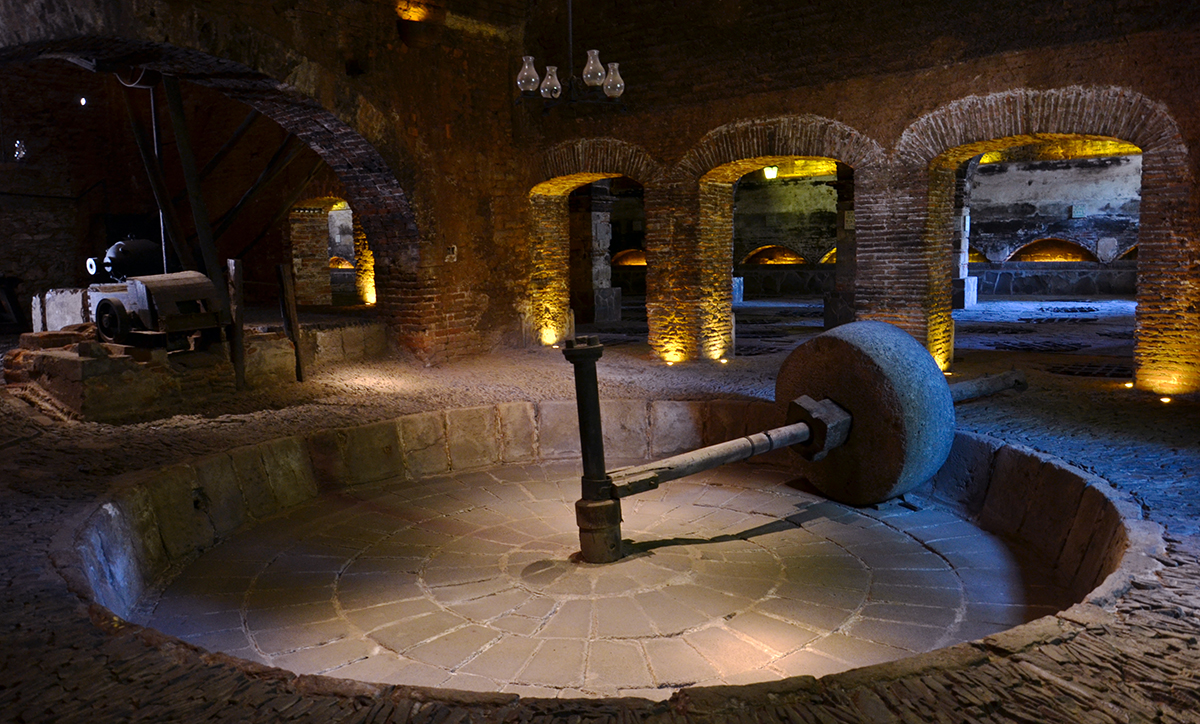 Some of the highest volume distilleries shortcut this process entirely. They instead throw shredded, uncooked agaves into a machine called a diffuser. This diffuser extracts sugars with hot water. The process is very fast and effective at extracting sugars, but the tequila that results doesn’t have the complexity or flavor of a well-made agave spirit. Serious tequila drinkers have come to shun brands made with diffusers.

It’s in this context that some tequila brands have started to highlight their use of a much slower, traditional, and labor-intensive process. Whereas most tequila distilleries use mechanical shredders and rollers to extract juices from their roasted agaves — and there are many excellent tequilas made this way—a few distillers are turning back to the much older process of using a tahona.

The tahona is a huge, heavy stone wheel used to crush agave. Before the introduction of modern machinery, distillers would use donkeys to pull the wheels around in a circular pit. Filled with roasted agaves, the tahonas would convert them to pulp as it turned.

Today, the mule is often replaced by a tractor—but the stone wheel is coming back into fashion (at San Matias Distillery, the tractor is festooned with a donkey costume for a humorous nod to tradition). At some distilleries the process never left, even if consumers have been unaware of it. El Tesoro and Fortaleza are two brands that have long produced 100% tahona-processed tequilas, setting them apart from the competition.

Other distilleries are newer to using the tahona process—at least as their sole method for producing tequila. Patron’s main line of tequilas uses a blend of tahona and roller mill processes. But its newer Roca (rock) expression relies on the tahona entirely.

San Matias, producer of Pueblo Viejo, Orgullo, among others, have also just released a 100% tahona version simply called San Matias Tahona. The distillery even brought one of its original tahonas back into use to make it.

DOES IT MAKE A DIFFERENCE?

With all of the new interest in tahonas, it’s worth asking what the process really brings to the finished spirit. 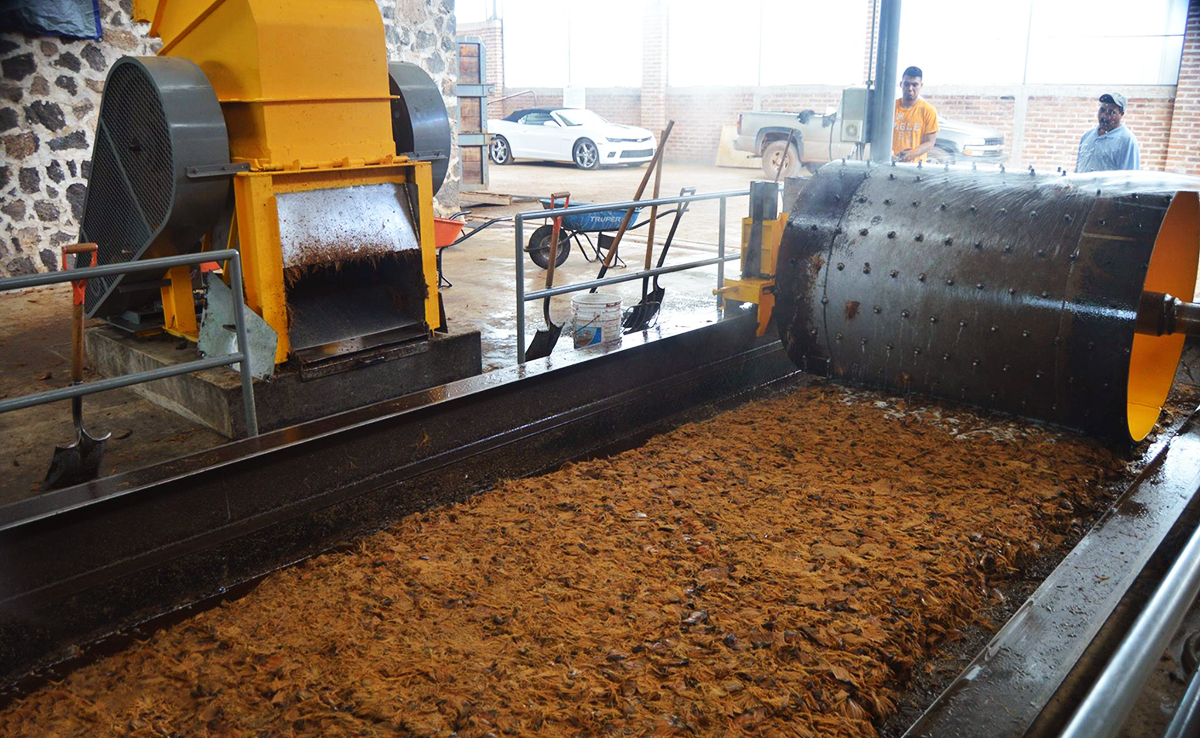 “I tend to think the tahona is more of a signifier of a commitment to a quality process, regardless of slow speed or inefficiencies, rather than a technique that inherently does anything essential,” says Clayton Szczech, a specialist in Mexican spirits and founding partner at La Cata, a tasting room in Tequila, Mexico.

While he says he enjoys the tahona-processed tequilas he’s tried, he notes that it’s difficult to identify exactly what the tahona contributes with so few producers using it. “Until we have way, way more people using tahonas, we simply don’t know.”

A popular theory is that the extended contact with agave fibers is one way that tahonas can enhance tequila flavors. As Clayton notes, distillers can take this even further by including the fibers in fermentation and distillation, instead of straining off the liquid. At San Matias, for example, the Tahona expression is fermented in Mexican pine vessels, fiber and all.

This really adds to the flavor, says Tommy Klus, partner at La Moule in Portland, Ore., and brand educator for San Matias. “When nosing San Matias Tahona, it takes me back to the distillery as I recall standing at the ovens as they were about to unload the freshly roasted agave, where I was met with the smell of blue agave at full force. This was always my ‘aha’ moment for tequila as the aromas can be quite complex, but you don’t really know how to associate them, you just know you really really like them.” 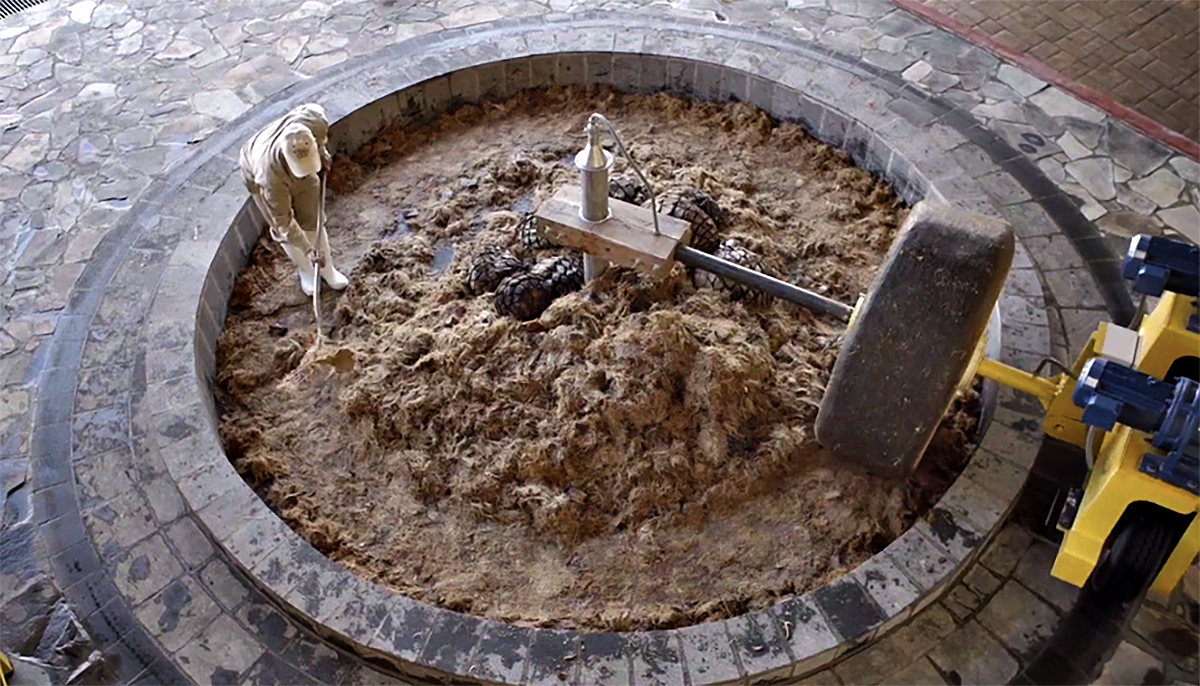 It takes more time to make a tahona-processed tequila than one produced through, say, an industrial diffuser. But as Carlos Camarena from El Tesoro notes, a few days is just a blink of an eye for tequila. Blue weber agaves take six or more years to reach maturity for use in tequila distillation. In that context, the extra time is well worth the wait for a quality spirit.

The full agave flavor of El Tesoro reveals itself most in the blanco expression, but fans of aged spirits should also seek out their upcoming 80th anniversary bottling. It matured for eight years in American oak.

Fortaleza is one of the earliest distillers to bring back a contemporary 100% agave tequila, and their excellent spirits are favorites among bartenders. A new addition to their line is the 92 proof “still strength” bottling. 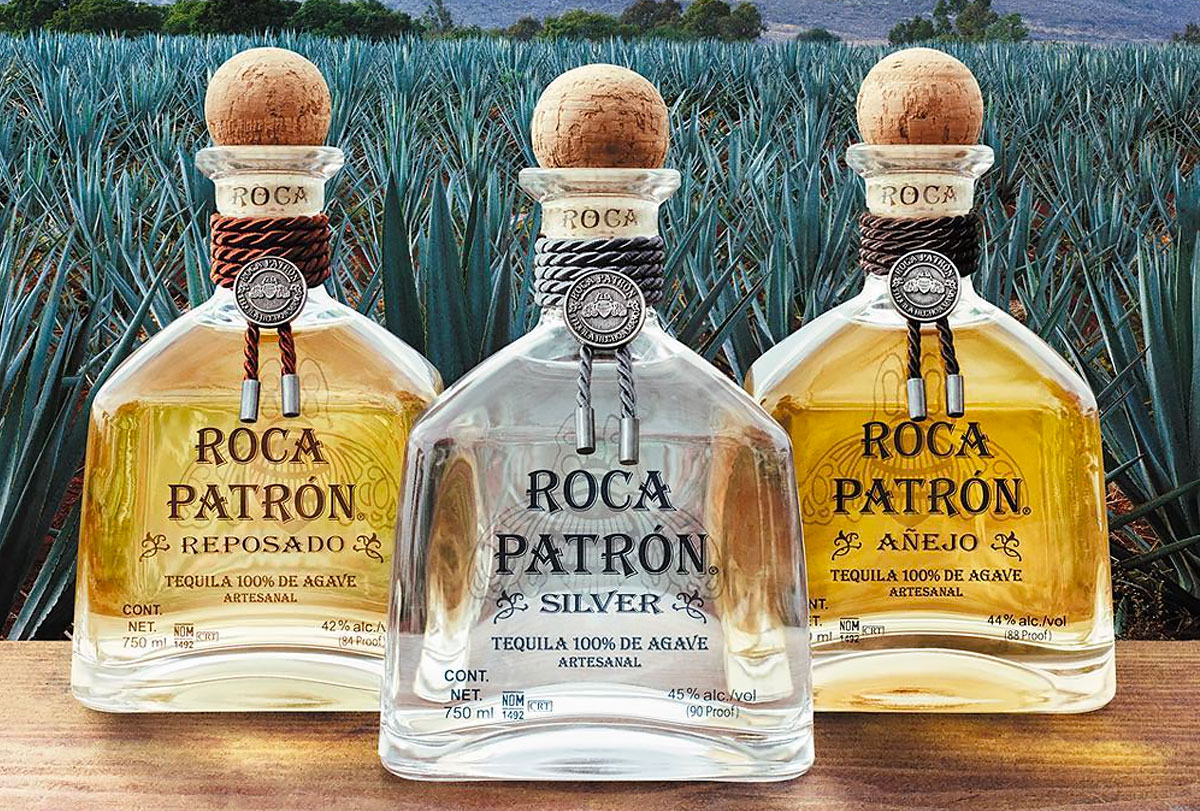 One of the newer tequilas on the market, Suerte’s 100% tahona tequila is available in blanco, reposado, añejo, and extra añejo expressions.

A newcomer to the US, G4 tequilas use a so-called mechanical tahona—a mechanized tahona made of metal instead of stone.

Whiskey lovers should give these aged tequilas a closer look