The Highball Machine – Coming to a Bar Near You

The highball seems simple enough: whisky, ice, soda. It’s not rocket science. Unless, of course, you’re in Japan—where no task, regardless of size and scope, escapes a laser-like precision of execution. In the Land of the Rising Sun, the highball isn’t so much a drink as it is an artistic expression of minimalism. When Suntory introduced Toki in 2016—the most modestly priced blend in its portfolio—the brand saw an opportunity to elevate the Stateside stature of one of its most cherished native drinking traditions. Enter the Toki Highball Machine, coming soon to a craft bar near you.

THE ART OF THE HIGHBALL

There are a handful of components in highball construction which can be easily overlooked. They mean the difference between a serviceable drink and an exceptional one. Chief among them is meticulous preparation. Observe traditional Japanese bartenders assembling the basic cocktail and you’ll sense the patient care with which they unleash the soda water upon the ice and whisky. This delicate approach imbues the drink with its refreshing effervescence—maintaining the fizz that is its lifeblood. 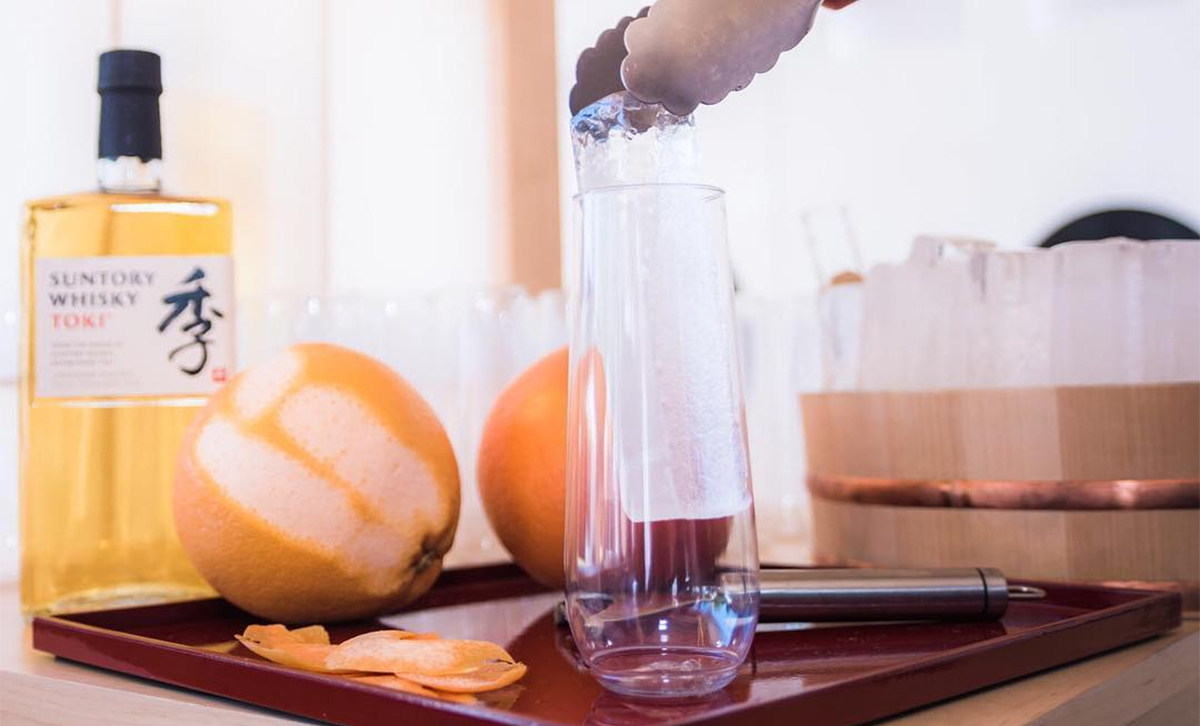 Unfortunately, high volume bars in the United States typically don’t have enough time to regard each and every drink with this level of affection. “The machine solves some of the challenges in producing a quality highball,” explains Johnnie Mundell, Suntory’s West Coast Whisky Ambassador. “By making high pressure, carbonated water constantly available behind the bar and maintaining the whisky at a constant, chilled temperature, it is capable of really dialing things in.” Furthermore, the technology allows bartenders to set the ratio of the liquids, allowing production to be expedited without sacrificing the quality of the end result.

But the machine won’t do everything. You still need to worry about the ice, warns Mundell. “Ice maintains the cold and supports the carbonation,” he says. But it’s not as easy to source as you might suspect. “High density clear ice is available in the US, but you have to seek it out and pay a premium for it. In Japan, it’s available in 7-11s.”

FROM TOKYO TO LA

Suntory has already spread its patented device across much of its homeland. Izakayas —lively drinking dens where locals typically go to unwind after work—form the ideal settings for its success. Indeed, they have sold thousands of them there, each one retailing at an undisclosed sum somewhere in the low 4-digit range. The brand has been slow to roll them out in the US, fearing that many bars won’t see the value in such an investment. 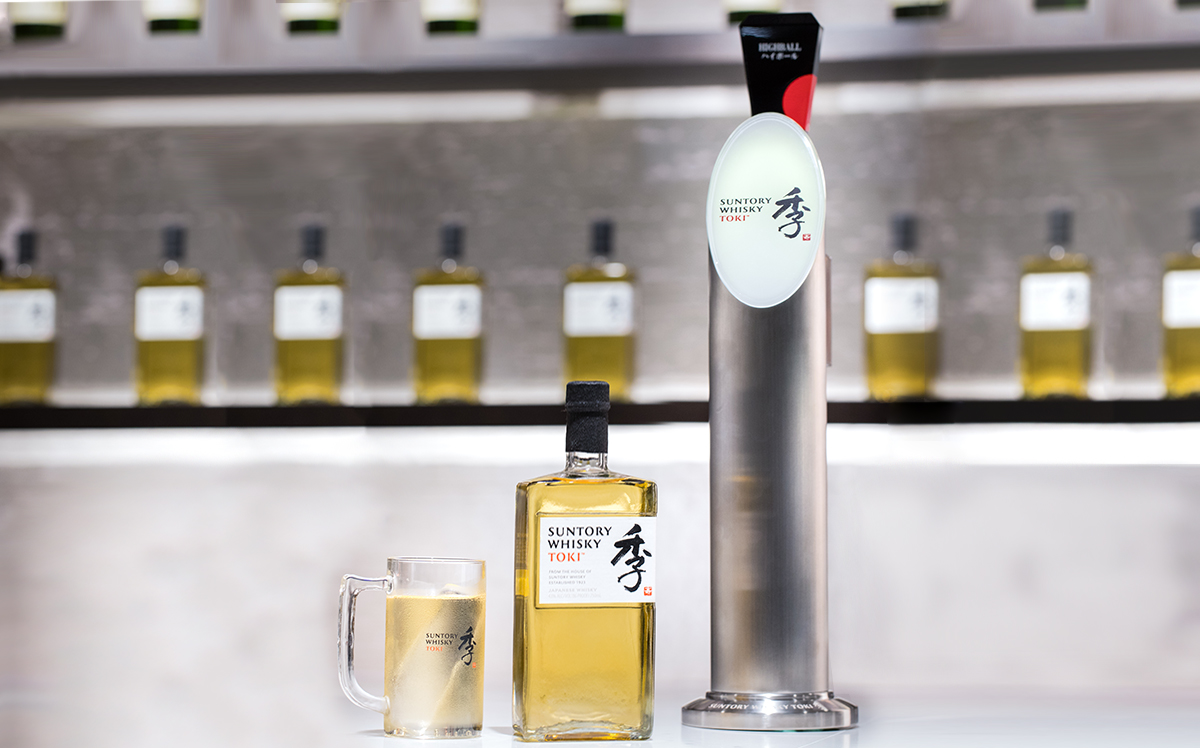 That’s beginning to change. In downtown Los Angeles, Faith & Flower became the first account in southern California to bring the Toki Highball Machine online earlier this fall. Bar Manager Adam Fournier is already singing its praises. “It adds a measure of thoughtfulness back into the process,” he contends. “It’s odd to call a machine thoughtful, but all good bartending has a certain degree of prep that happens behind closed doors—whether it’s batching, technique training or infusions—a good portion of our job is doing the work out of sight so that the customer can sit at the bar and enjoy a seamless, delightful night out on the town. The behind-the-scenes work has definitely been done to bring these highballs from Tokyo to LA.”

Suntory’s device places the integrity of mixology at the forefront of its design. Featuring a separate water cooler system, a high degree of specificity in carbonation, independent of the whisky, it is a toy for bartenders, made by bartenders. “My bubbles problem was solved,” Fournier exclaims, clearly in awe of its thoughtful construction. He is not alone. Faith & Flower joins a half dozen other early adopters across the country who have bought into the technology. Los Angelenos can go for round two at whiskey haven Seven Grand. New York drinkers can enjoy the perfect highball at Ippudo in Midtown. San Franciscan’s should head to Pacific Cocktail Haven, and Chicago just joined the party with Prairie School and Momotaro. 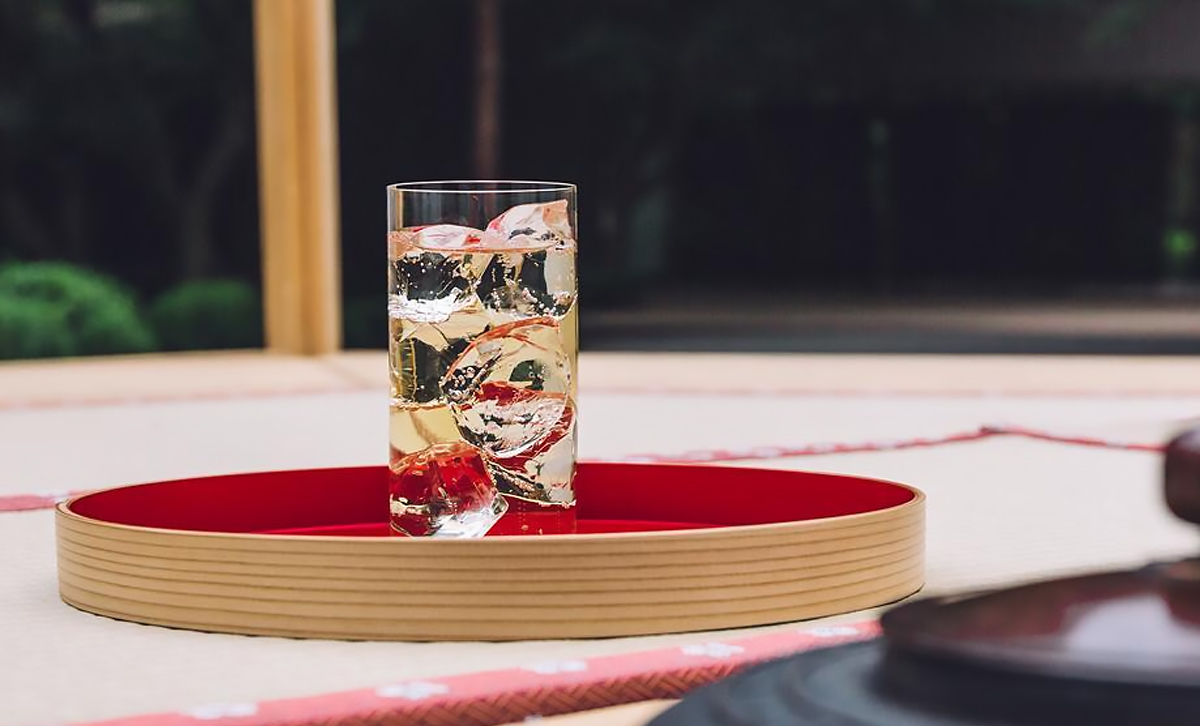 Anything that makes bartenders this giddy is bound to translate to the other side of the stick. The perfect highball is easy, after all. As long as you’ve got the right state-of-the-art technology to ‘make it so.’