Vodka Made from Tulips – A True Dutch Spirit

Forget about Genever, because this just might be the most Dutch drink you’ll ever encounter. Made from fermented tulip bulbs and embraced by Michelin-starred restaurants, Dutch Tulip Vodka is truly a unique new spirit.

America has the bald eagle; Germany loves its bratwurst; Canada is maple-leaf-country; and tulips are quintessentially Dutch. Now, a pair of entrepreneurs have found a new use for this floral curiosity.

In the late 16th century, Ogier Gisleen van Busbeke, a Flemish diplomat, sent tulip bulbs to Carolus Clusius, a professor at a Dutch university. Unbeknownst to them, this small gesture led to what is know known as Tulip Mania, a period during the Dutch Golden Age which is generally considered to be the first speculative bubble.

It was a time when the art of distilling was still in its infancy in The Netherlands. Genever was mainly used as medicine, and hadn’t yet evolved into the mature spirit that we now know. Fermenting and distilling tulip bulbs? At the time it would’ve been unfathomable for Clusius. Heresy even.

Fast forward 400-some-odd years, and a company named Craft Clusius Distillers is doing the unfathomable. Bart Bouter and Joris Putman run the distillery. The former a CEO of eight specialty web shops, the latter an actor and television host who also runs his own media production company. 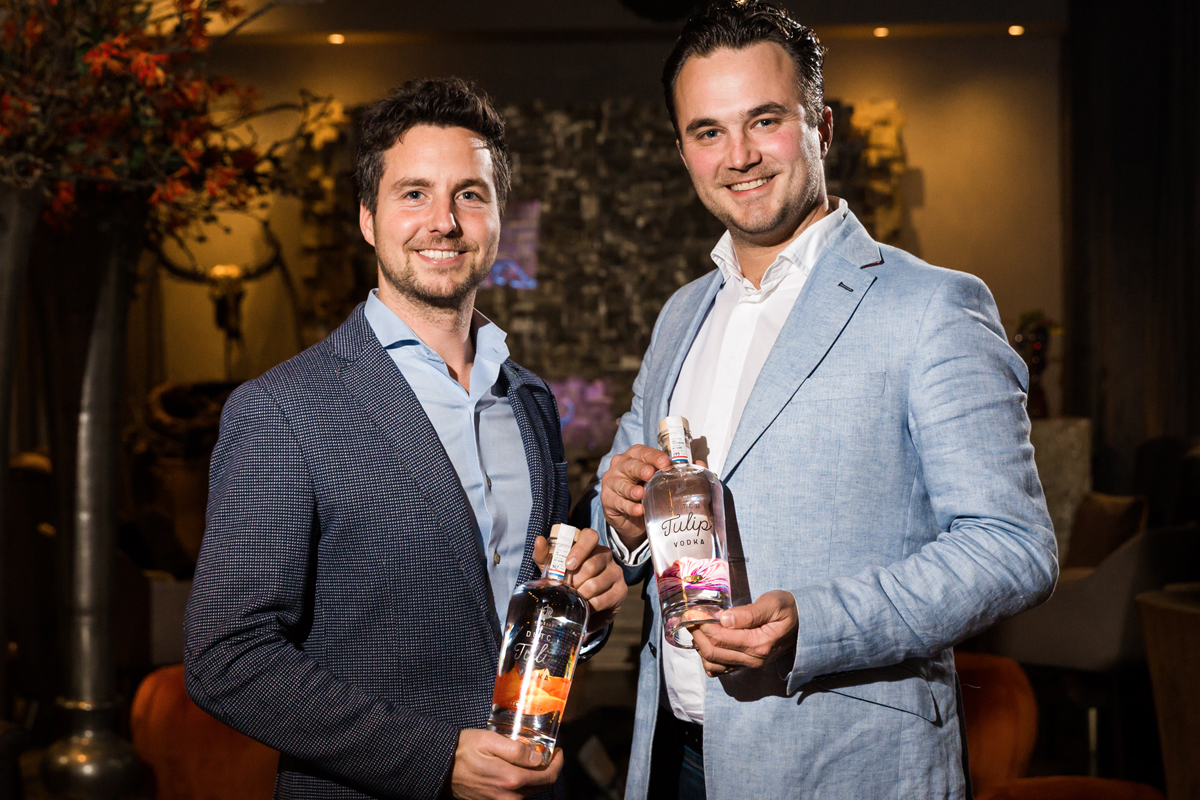 It’s been close to three years since the two first talked about working together. Several ideas were discussed back then, but only one really stood out: distilling tulip bulbs. “Cooking, fermenting and further testing”, says Bouter. “We started out in our own kitchen with a micro still. It was an intensely laborious process, but the end result turned out very well.”

It’s been more than two years since the kitchen experiments, but they’ve finally landed on the ultimate recipe for their Dutch Tulip Vodka. Made out of fermented tulip bulbs, without any added flavoring. The subtle, refined taste is achieved by precise distillation and careful cuts. 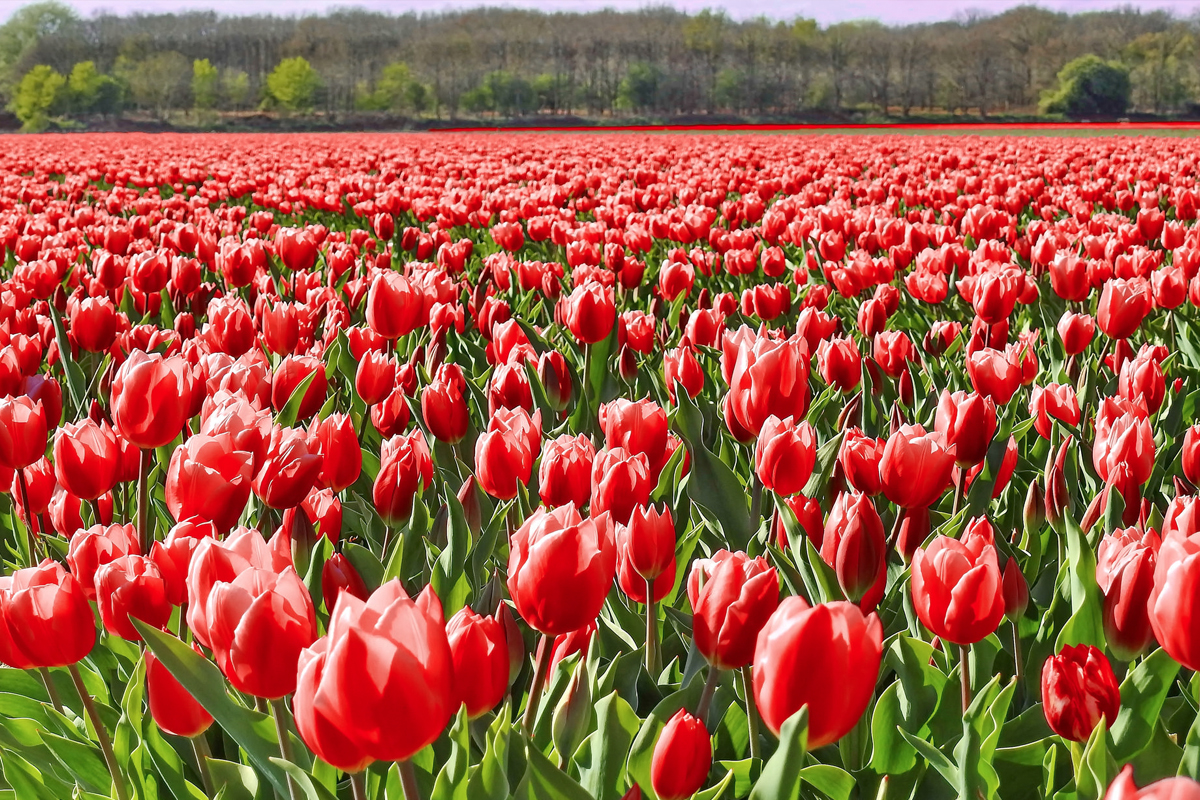 Nowadays they operate out of their own distillery, which is located in the Bollenstreek, a region where most of the Dutch tulip bulbs are grown. Organic tulip bulbs are used, sourced from sandy clay soil right behind the Dutch coastal dunes. Fermenting them is to be the biggest challenge. “Especially on a larger scale. We need to work extremely clean to prevent contamination. It would be an outrageous waste if we have to dump a vat of tulip pulp because of lactic acid bacteria.”

Bouter and Putman opted to release two different expressions. The Dutch Tulip Vodka PURE is made exclusively from tulip bulbs, with a total of 350 bulbs needed to produce one bottle. The Dutch Premium Blend is also made from distilled tulip bulbs, but then blended with a grain base spirit. On average, about 40 tulip bulbs are needed for the Premium Blend. 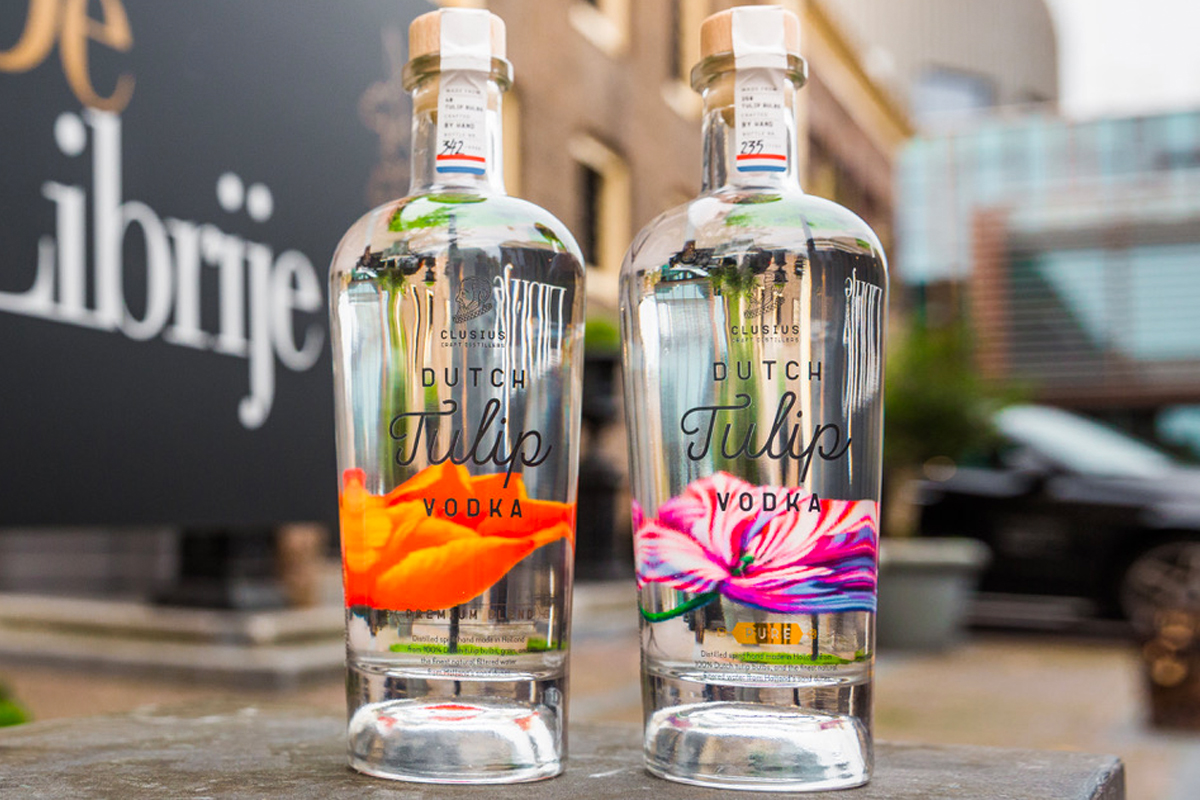 “At tastings I notice that people have a preference,” says Bouter. “Some really do enjoy the subtle notes of grain, while others go crazy for those pure tulip aromas, which is a very unique and special experience.”

In the months after its release, Dutch Tulip Vodka quickly made its way to some of the most high-end establishments in the world. Most notably De Librije, one of the World’s 50 Best Restaurants in 2017, run by husband and wife Jonnie and Thérèse Boer. 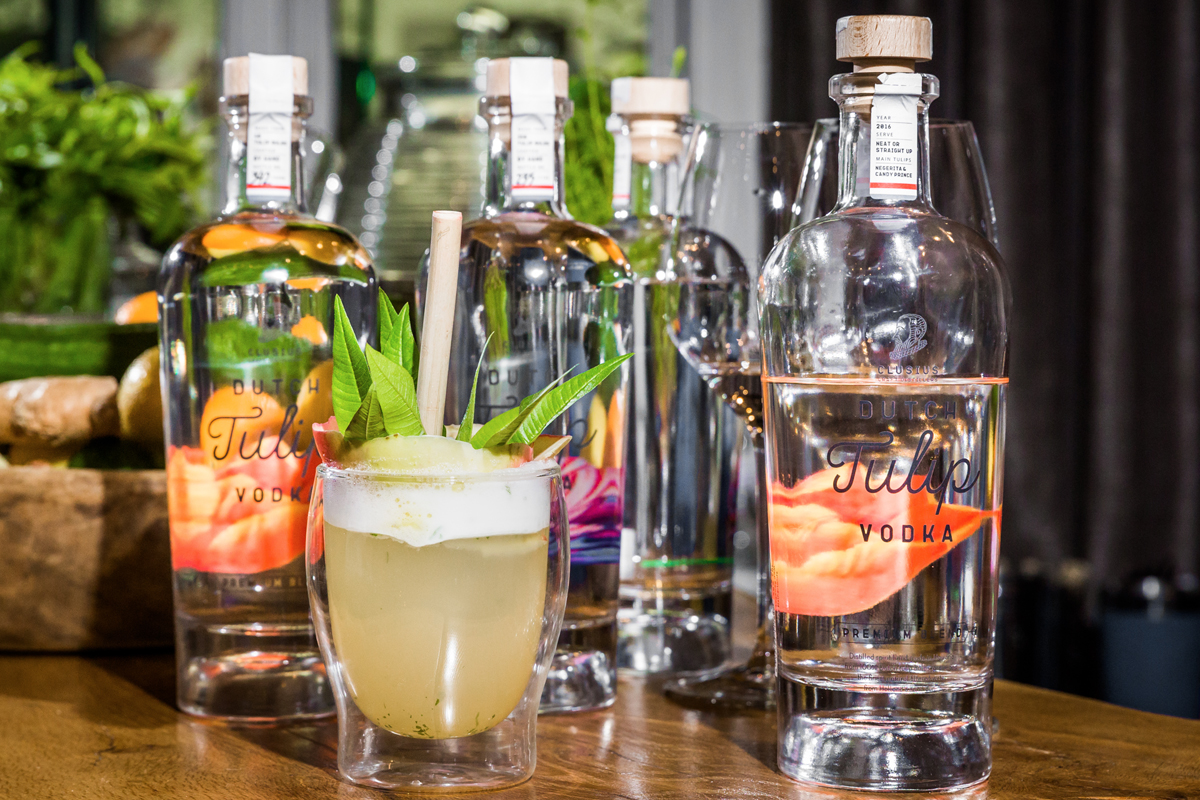 “The only reason they decided to meet with us, was because we had something unique the offer,” says Bouter. “Jonnie warned us that he would simply spit it out if he didn’t like it. Thank God that didn’t happen.”

De Librije isn’t the only high-end restaurant with Dutch Tulip Vodka on its bar list. Three-starred Martín Berasategui in San Sebastian also fell for the delicate, floral spirit, as did a host of other Michelin restaurants. It is also being poured in Door 74, the Amsterdam speakeasy bar founded by well-known spirits educator Philip Duff.

“It took us two years before we truly succeeded,” says Bouter. “But now is when it really starts. We’ve already bought almost 90.000 pounds of tulip bulbs for our new batches.”