Back before the days of industrial refrigeration–and ice machines–it was actually far more common to order a heated cocktail from your local barkeep than a chilled one. Today, warmed tipples are generally limited to Hot Toddies and mulled ciders — one of the least inventive arenas in modern mixology. But a handful of contemporary bartenders, steadfastly opposed to anything stale, are dragging the category forward into the future. Mid-March, you might think that your time to experiment here has passed. Don’t allow a few days of warmer weather lull you into a false sense of Spring. Old Man Winter still has a few tricks left up his sinister sleeves. Prepare yourself for any impending Polar Vortex with these adventurous concoctions, designed to warm your weary soul.

Lost in the annals of cocktail lore is gin’s prominence within the history of warmed beverages. To help resurrect that tradition, Sipsmith (a pioneering force in London’s craft gin revival) has partnered up with the rooftop bar at Ham Yard Hotel in Soho to create a winter pop-up series entitled ‘Hot Gin Roof.’ In what is becoming an annual tradition, Sipsmith Master Distiller, Jared Brown, and Bar Manager Eoin Kenny riff on a number of classics, such as a Hot Negroni; combined with red berry tea and served on a saucer.

A perennial crowd-pleaser is the Blue Blazer variation, subbing gin for bourbon in a drink that includes a stream of fire preparation. When the cocktails aren’t enough to combat the damp chill of an English winter, wool shawls are available upon entry. If you can’t make it to London this time of year — or you have no desire to — the Hot Negroni is a particularly easy ask of your local bartender.

Bar legend Dale Degroff is a vocal proponent of the Irish Coffee. At the Dead Rabbit in lower Manhattan, he assembled his own take, using Clontarf — a blended Irish whiskey. His recipe also works equally well with a more elegant single malt, such as Teeling’s, or a well-rounded pot-still expression like Redbreast 12. So long as the juice is sourced from the Emerald Isle and you avoid garnishing it with shaved nutmeg, which Degroff detests. 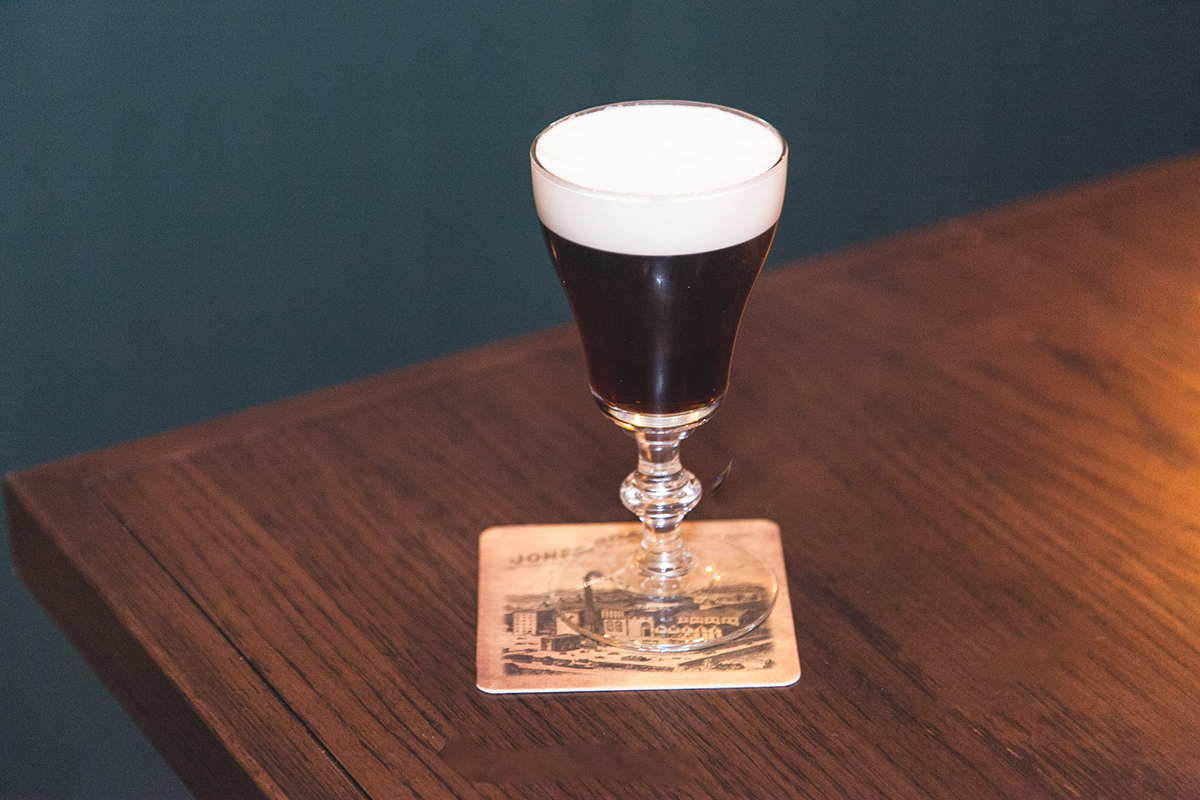 Method:
Add all ingredients except the cream to a stemmed glass and stir. Hand whip the cream so that it still pours and floats on top of the coffee. Never sweeten the cream

A slightly more elaborate approach to the spiked coffee comes courtesy of a certain Cognac house with familial ties to Ireland. After serving in the French Army against the British, native Irishman Richard Hennessy settled in the south of France. At the tender age of 21, enamored with the local ‘brandy’ of the region, he launched the label which now bears his name. Over 250 years later, Hennessy honors its founder with his own Irish Coffee creation.

While Irish Coffee (in all its myriad forms) hogs all the glory, Mexican Hot Chocolate is quietly biding its time in the corner, eager to come out and party. To invite it to your home bar you need not much more than a few mainstay bottles and some hot cocoa mix.  Do NOT forget the marshmallows. 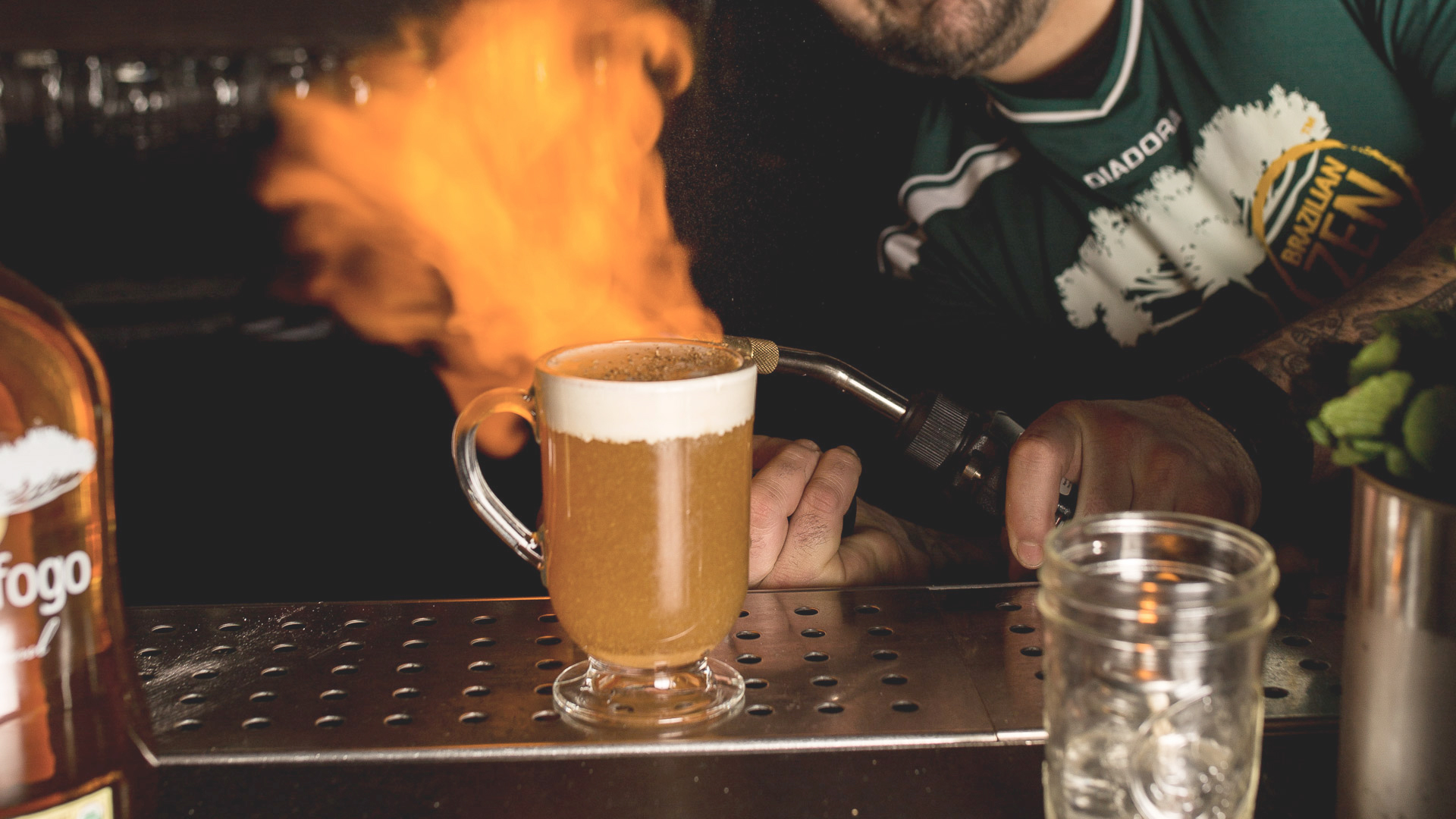 In Portland, Oregon, Jesse Card of the Bit House Saloon is heating things up with his rendition of a Brazilian punch. The Quentão (pronounced: ken-tawm) is a Cachaça-based cocktail that he lights on fire –with a blowtorch. It’s a showstopping effect, to be sure. But takeaway the pyrotechnics, and the drink remains pretty damn tasty. You can make it yourself without the flame, by adding hot cider into the mix.

But perhaps the best way to enjoy a hot cider variation is with High West Double Rye Whiskey for aprés-ski, at the Sitzmark Club. The historic saloon sits atop the Alta Lodge, overlooking the jagged, alp-like peaks of Little Cottonwood Canyon, outside Salt Lake City, Utah. It’s by far the bar’s best-seller. To re-create it, simply assemble hot cider with rye, cloves, and cinnamon sticks in any combination you see fit.

Thirsty for your own warm cocktails?

Cocktail of the Week: Tequila for Christmas