Miles Munroe didn’t begin his beverage industry career with the goal of distilling American single malt whiskey. But by the time he started with Westward Whiskey in 2013—less than a year after the brand’s founding—his career as a bartender at a Kansas City steakhouse and then as a brewer in Portland, OR, had set him up to take on his role as head distiller. Though his first task was to help increase the distillery’s single malt production, the job entailed far more than just making whiskey.

For one thing, the nature of American single malt requires a significant amount of education to consumers. At present, the public’s understanding of American whiskey tends to only bring to mind bourbon and rye. As for single malt, many still think that it can only hail from Scotland. Here, Munroe talks about how the American single malt whiskey category is making waves. He also speaks about the misconceptions and challenges the category faces, and what Westward Whiskey is doing to champion it into the future.

There are now dozens of distilleries across the US making American single malt whiskeys. It seems like the category is really starting to gain steam.

I’d really say it’s only been in the last couple years that we’re really starting to see some good momentum. I think where we’re gaining a lot of our momentum is from an educated consumer and from industry people that can understand what we’re doing and why. I mean, if you say “whiskey” in the States everyone thinks of bourbon. But if you say whiskey anywhere else in the world it’s single malt. So, having to kind of shift that conversation and kind of align more American drinkers to the understanding that worldwide it’s single malt. We really feel that malted barley makes the most complex style of whiskey—the most flavorful style of whiskey. 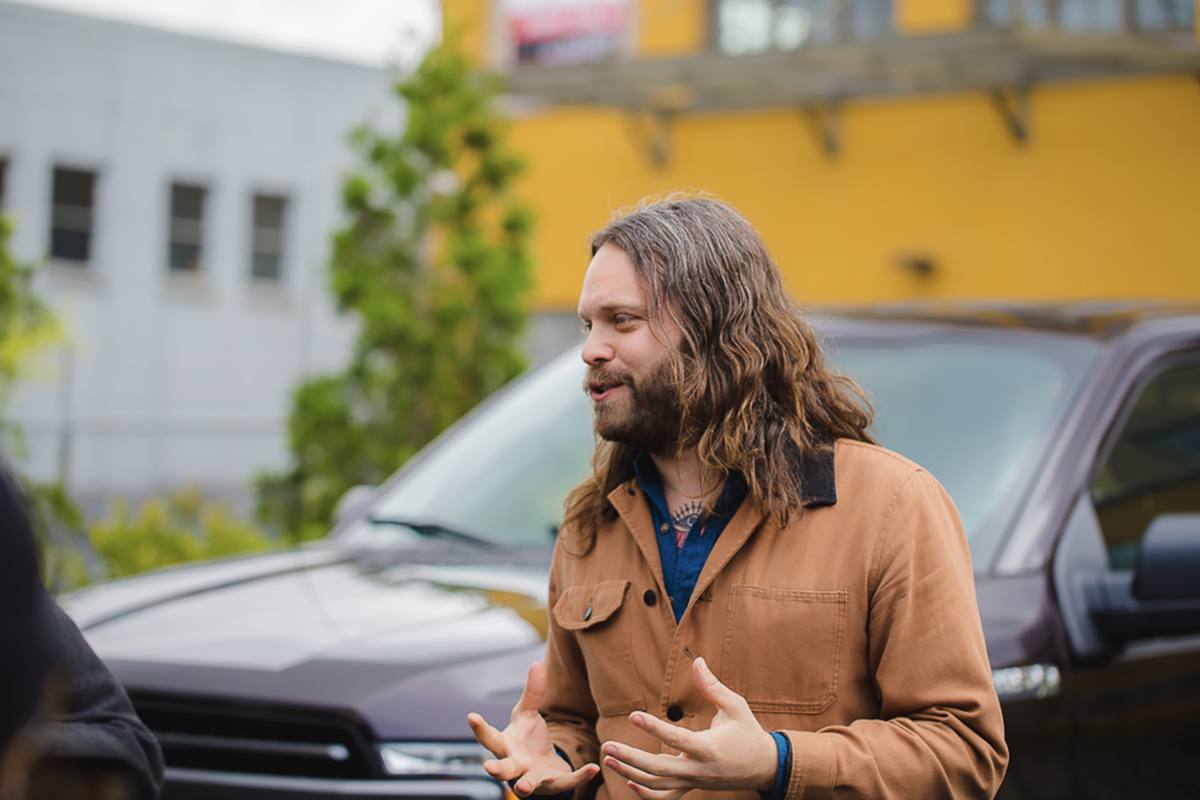 What would you say is still the biggest misconception about American single malt?

It’s mostly just the association immediately with scotch. I think that some of the biggest misconceptions about Scottish single malt transfer to American single malt. People hear single malt and they think, “Oh, that tastes like Band-Aids,” you know? Or, “Oh, I don’t like stuff.” I get that a lot. And so, that educated consumer honestly is our double-edged sword. I tell them to not compare it to another whiskey because it’s never going to work. We’re making [our whiskey] like a scotch, but we’re aging it like a bourbon.

American single malt still isn’t specifically defined by the TTB. What is the definition you’re hoping it to adopt?

We want to define what single malt is. And that is that we want it to be made 100% from malted barley, a product of one distillery, and aged in oak barrels. Really, that’s it. We don’t want to get too strict like Scotland where there’s just a lot of rules in place about what you can and what you can’t do.

Why is defining the category so important?

We’re approaching it like we want a few things kind of set in place so that, from a consumer standpoint, someone can look at a shelf and see some of the American single malts and have at least an idea of what to expect—a way for people to kind of wrap their head around the category.

Any new progress with the TTB as far as moving this definition forward?

There’s not too much progress yet. It’s going through the gears of democracy—the TTB moves incredibly slowly. 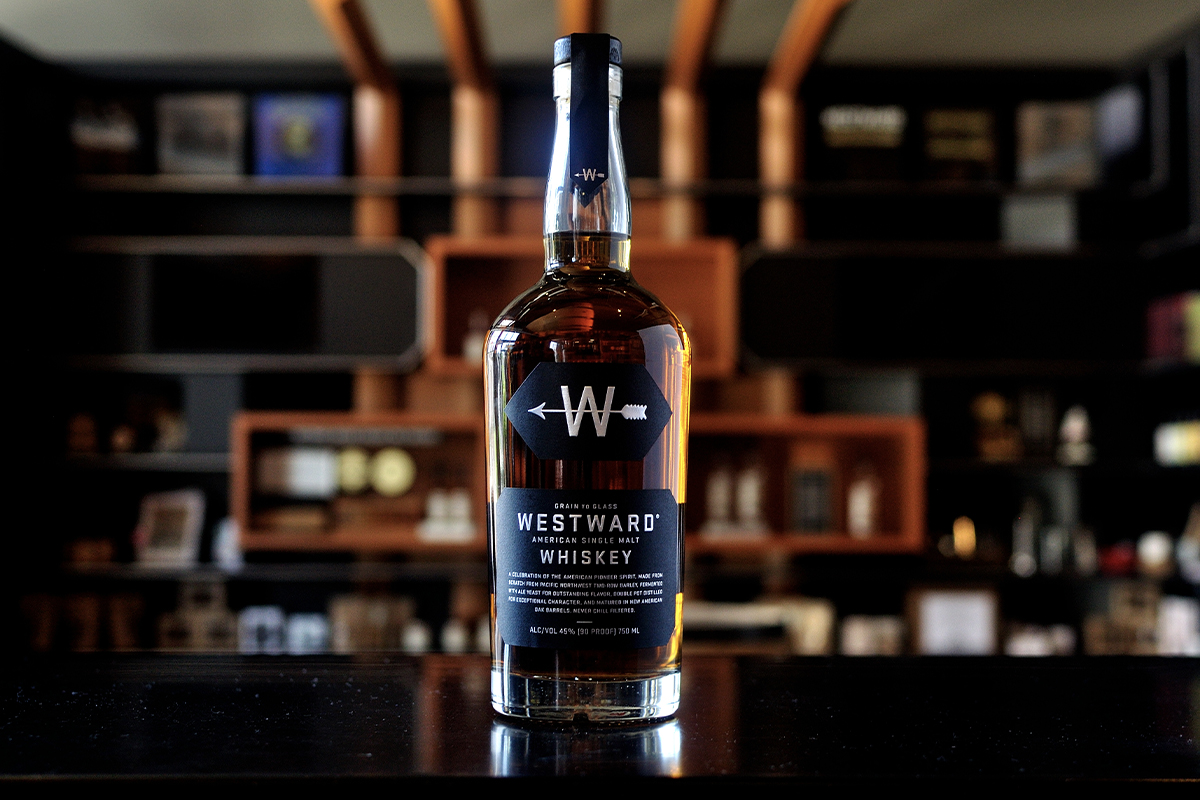 What’s been the biggest challenge to getting it passed?

Part of the craft distilling boom right now is opening up people’s eyes to seeing a lot of these regulations and laws that we have in place are things that were established when Prohibition was repealed. It’s part of our work to update some of those laws to fit a more diverse set of distilleries and brands.

How is Westward Whiskey helping to lead the charge in defining and advancing the category?

(Westward Whiskey co-founders) Tom Mooney and Christian Krogstad were instrumental in forming the American Single Malt Whiskey Commission. It’s kind of become the main lobbying arm for the [TTB] definition. I think we’re key in starting the conversation on a larger level. For craft single malt producers, we’re definitely on the bigger side, but on a national scale of whiskey producers, we’re still tiny. As far as what we’re actually producing it’s just really a drop in the ocean. We’re using our assets and our influence to help push that conversation forward and to band all these smaller producers together. Power in numbers.

How does Westward Whiskey set itself apart as the category grows?

I think what initially set Westward apart and still does is that a lot of our roots, a lot of our heritage, comes from brewing. Christian was a brewer in the ‘90s. Andrew, our director of production and myself—we were both brewers. We hire almost exclusively brewers to become production distillers here, and I think that’s a very defining characteristic of Westward and what it is. We’re using a brewer’s pale malt and we’re using a brewer’s ale yeast to ferment our washes. We’re approaching it very much like a beer and wanting to bring a lot of those beer aspects out in the final product.

What drew you away from brewing to American Single Malt?

After brewing school I was working as a brewer in Portland and all the while keeping my eye on whiskey when it came to my attention that someone in town was working on a single malt. It made me think of the different regions of Scottish malts, and of how different climates give way to their own distinct characteristics in an aged spirit. The idea of American Single Malt, for all these reasons, was something I was immediately on board with. I interviewed for the new position at Westward and joined in making a brand from scratch, in a style new to almost everyone. We are still at the beginning stages of establishing provenance for a more dynamic style of American whiskey and it’s a very exciting time. 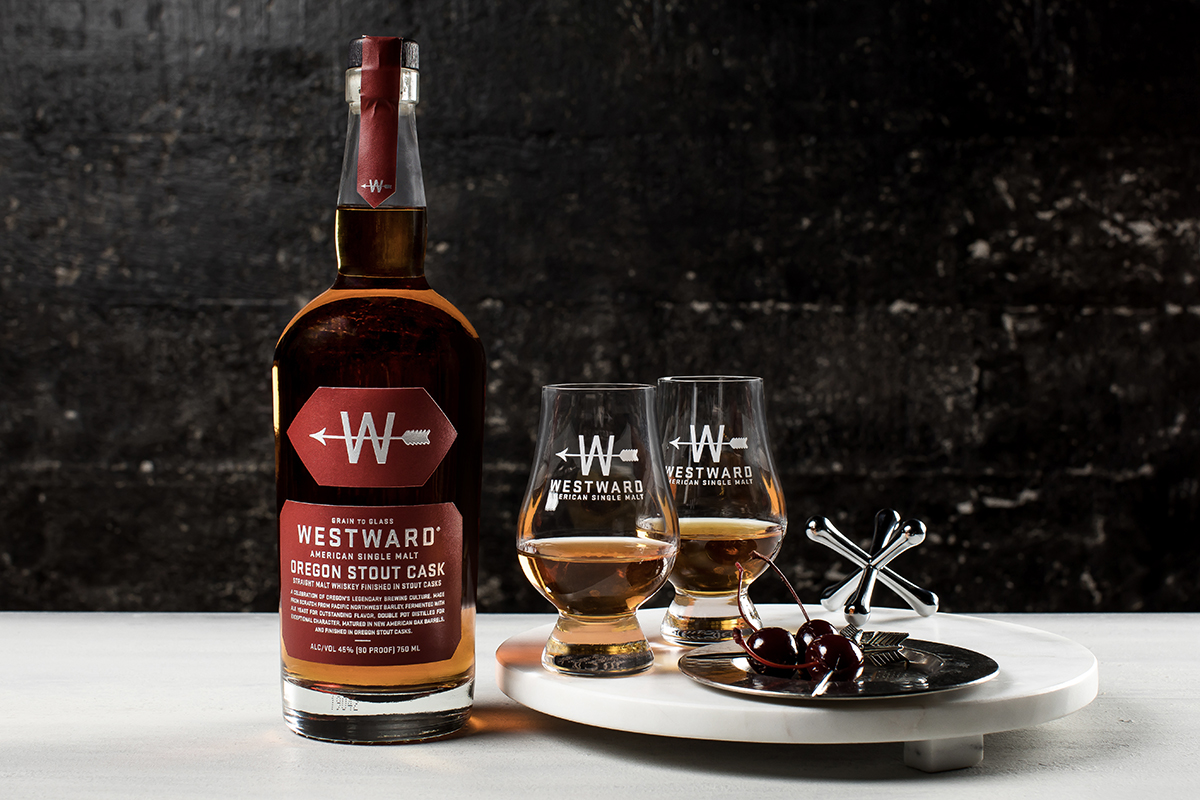 Stout Cask Finish is launching around the country starting October first. How does that expression showcase Westward Whiskey’s close ties with beer?

It was born out of experimentation. We still have close ties to a lot of breweries, and collaborate with them often. The first barrel of it was something that went through Migration Brewing that I used to work for. I sent them a barrel to age this amazing Belgian Stout that they make. They aged it and then they didn’t have room for the barrel, so they decided to send it back. I figured I’d use it for something. It occurred to us here that Westward has this great kind of cocoa, lush, brown sugar, roasty finish to it. It’d probably be excellent in a barrel that just had stout in it. So I took a four year Westward and put it in the stout barrel and aged it for another year and it was tremendous.

In what other ways are you collaborating with breweries?

We’ve invited breweries to come here with one of their beer recipes that we think would make a nice spirit, and then we get their team here, we get all the specialty malts. We recreate their stout or red ale or whatever it may be on our wash system and then we double pot distill it and turn it into a whiskey. We’ve done that probably half-dozen, maybe eight times with different brewers. So, we’re still heavily involved with them and so of course brewers are always looking for barrels. With all the whiskey that we’ve been bottling, we have yet to even start talking with a barrel broker because all of our barrels have just been going to breweries.

What do you see as the defining characteristic of single malts from the Pacific Northwest?

I was in Australia in March to launch Westward Whiskey, and I was stunned to hear all these media and whiskey aficionados there talking about how single malts coming out of the Pacific Northwest have a distinct chocolate roast character. We had never had enough other producers making single malt to understand that there’s a regional characteristic here, much like the regions in Scotland where they’re getting certain characteristics from the Highlands or Lowlands or from Islay. I think it’s incredibly exciting. There’s just so much more that can be done with whiskey.