All whiskey starts from a base of grains, often called a mash bill. A myriad of requirements dictate how different styles of whiskey are to be made. These range from where a product is distilled and aged to what types of barrels are allowed, among many other steps in between. But each type of whiskey, regardless of style, has to be produced from grain(s).

For example, single malt is required to be 100% malted barley (in Ireland and Scotland anyway). For bourbon production, in addition to only being produced in the United States, it must be made from a mash bill of at least 51% corn.

Wheat whiskeys are mostly found in the United States, though this isn’t required. Here, they follow the same requirements for bourbon production.

But, instead of 51% corn which is required for bourbon, wheat whiskey must be made from at least 51% wheat. Some brands use just the minimum and some brands use 100% wheat, so keep this in mind.

As for flavor profiles, think of Wheat Thins or wheat bread. They are flavorful, yet have a lightness and gentle sweetness to them. Depending on the amount of secondary grains, the spice factor is generally relatively low.

If you’ve never tried a wheat whiskey before, Bernheim is where you should start your journey. Introduced in 2005, it was the first widely available wheat whiskey to be introduced to the public. Distilled at Heaven Hill Distillery, winter wheat is used as the primary grain with corn and malted barley as the secondary grains.

Heaven Hill did the unusual move to give, rather than remove, an age statement. Since 2014, it is a 7 year-old whiskey. Bottled at 90 proof, it is made in small batches (100 barrels or fewer per batch). Average retail price $36.

As far as where wheat whiskeys are produced, there isn’t one corner of the country with a hold on it. Craft distillers from places like Washington state to New York state and many states in between are producing them. Here are a few we advise that you give a try, all using 100% local wheat.

This is a grain-to-bottle distillery based in Denver. For their straight wheat whiskey, they use 100% Colorado-grown wheat. Its name, Triticum (Trit-e-come), is the Latin name for wheat. This is a seasonal release, so supplies are limited. Expect to find toasted cereal, cinnamon and vanilla. Average retail price $70.

Distilled in Spokane, Wa., this straight wheat whiskey is also distilled from 100% local wheat. Their whiskey is aged for 3 years in new, charred American oak with a char #3 barrels. For reference, char #4 is traditionally used in bourbon production. Flavors of toasted wheat bread slathered with butter come to mind. Average retail price $41.

This Ohio brand has this wheat whiskey as their flagship brand. Made from 100% Ohio sourced winter wheat, it is aged for at least two years in new, charred American oak. Find toasted wheat, cedar, and cherries here. Average retail price $51.

Do keep in mind that wheat is typically used as a flavoring grain in bourbon production. It along with the corn and malted barley (almost always used as its enzymes assist in fermentation) are used in a wheated bourbon mash bill. If a bourbon producer uses rye as its flavoring grain, that is known as a traditional bourbon mash bill. If that rye exceeds 18% of the mash bill, then it is known as a high-rye bourbon. 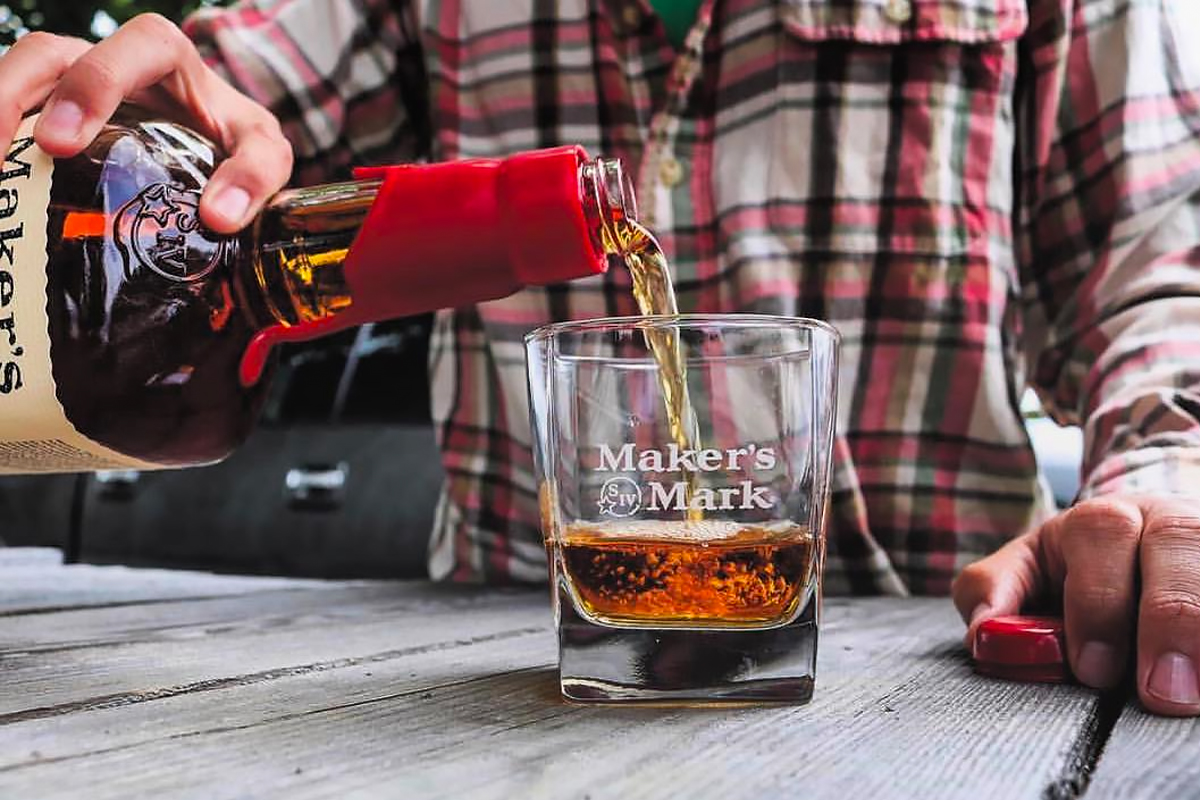 Maker’s Mark is likely the most known wheated bourbon out there, but perhaps you have heard tales about a brand by the name of Pappy. Yes, this extremely allocated and difficult to find bourbon brand distilled at Buffalo Trace is made using a wheated bourbon recipe. Other brands to keep an eye out for are Larceny and Old Fitzgerald both from Heaven Hill, and Redemption Wheated Bourbon distilled by MGP. We’ve got a few more recs for you here if you are in the market.

Another point to remember is that wheat is used widely in global whiskey production. Corn and wheat are often distilled for grain whisky to create blended Scotch, for example. Haig Club produced at Cameronbridge is made from 90% wheat and 10% malted barley.

As you can see, we’re big fans of wheat whiskeys and wheated bourbons. We encourage you all to seek them out and add to your home inventories.