Whiskeys finished in wine barrels is a thing right now. Wine is a huge category, so the types of barrels that can be procured for whiskey aging are endless. But they fall under two main umbrella categories: fortified wine, which means wine that has some distillate, usually brandy, added to it, and still or table wine. For now, we’ll give you a brief overview of the different styles of fortified wine to get you and your taste buds up to speed.

All about the finish

When applied to whiskey, “finish” means that the product undergoes a second stage of aging in a different type of cask. This gives the whiskey another depth of flavor. Think of it like herbs or spices added at the end of a dish when cooking it. Casks that were once used to age wine of some type, can add richness, sweetness and fruitiness to the whiskey. And in some instances, they can add saltiness and nuttiness to a whiskey – nuances that can’t be obtained from new oak.

Whiskeys that spend their entire aging process in the wine barrel can sometimes lose their “whiskeyness” altogether. It takes a deft hand to make sure the whiskey is still in balance. Several brands are noted for their affinity towards this style and balance (Glenfarclas, The Macallan). But keep in mind that depending on where the whiskey category, in order to meet the labeling requirements, the whiskey must spend its initial aging time in a specific type of barrel first. So bourbon must first be aged in new, charred oak barrels before they see wine casks. Many Scotch whiskies, of course, reuse these used bourbon barrels for their whisky maturation. If the producers care to finish them in former wine casks, they do so after the initial aging process. The finish typically only lasts a few months to a couple of years, but there are exceptions to that rule. 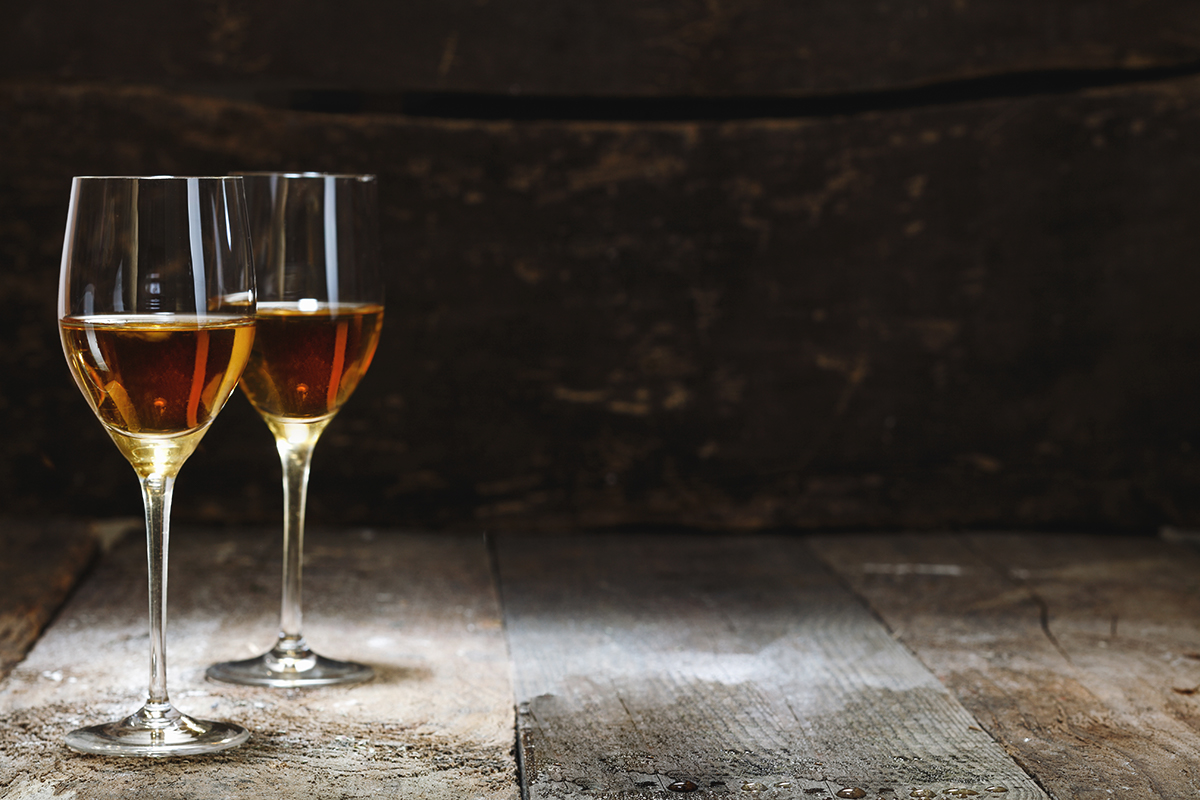 Sherry: A fortified wine native only to southern Spain. This is the second most common type of cask (and referred to with a straight face as “butts”) used in Scotland, next to ex-bourbon. Some producers want a heavier sherry flavor and will therefore use fresh casks straight from the winery, a.k.a. “first fill.” Sometimes the sherry casks used for a particular expression have already had whisky in them a couple of times “second fill” and so on, so the effect is less intense.

The most common types of sherry are oloroso and amontillado. Amontillado is first aged under a cap of yeast, known as “flor,” then briefly exposed to air for oxidation. Oloroso is similar to amontillado, but has been exposed to air for longer, which makes it richer, but not necessarily sweet. Whiskey aged in these types of casks picks up a dark, burnt red color along with semi-sweet, nutty flavors.

Some single malts, such as Aberlour A’bunadh, spend their entire aging process in sherry butts. Keep an eye out for Kilchoman’s Loch Gorm or Glendronach 15 The Revival as well. Many others are either finishes or blends such as The Green Spot, Belle Meade Bourbon Sherry Finish, and literally hundreds of others. Incidentally, sometimes these two types of sherry are mentioned on the label, sometimes they aren’t, so it’s important to do a little research. Although you can often tell simply from the darker hue of the whiskey itself. 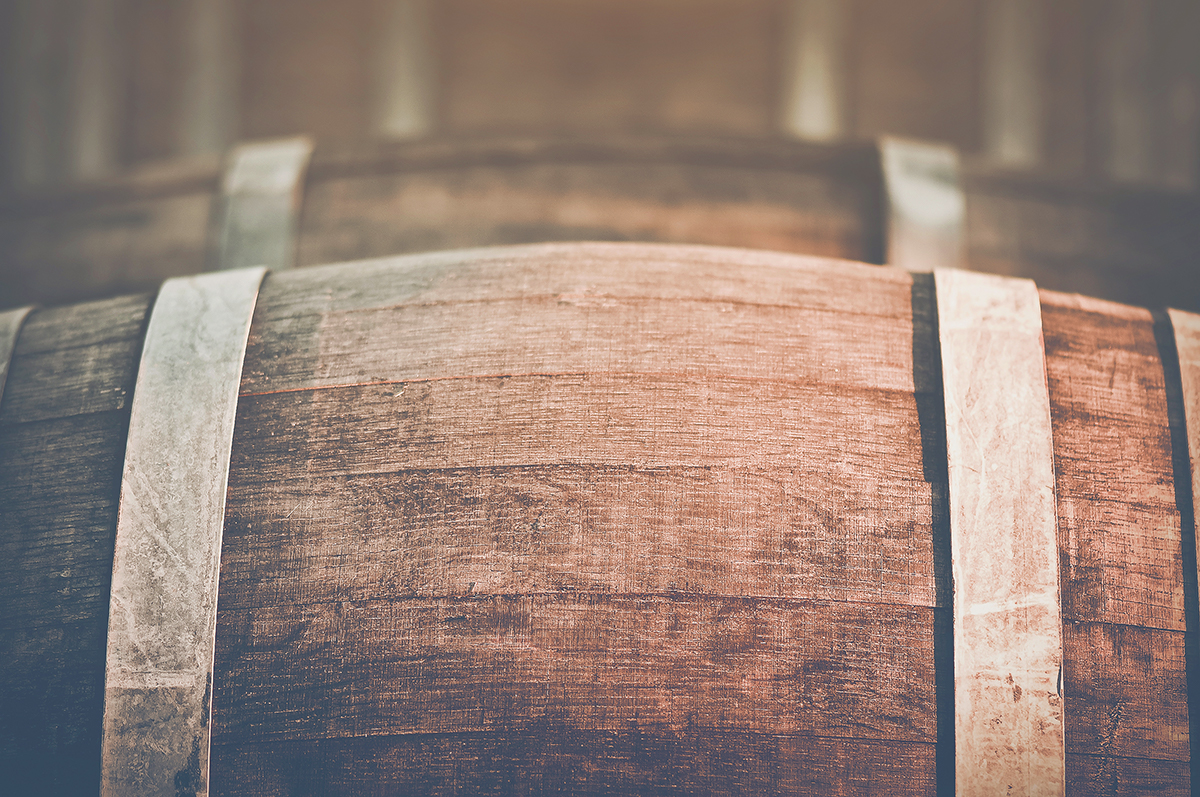 Less common are fino and manzanilla sherry cask finishes, which are lighter in both color and weight. They are younger sherries that have not been oxidized and are much drier styles. They can impart a saltier influence to a whiskey. The label will almost always mention if it is used. These include Kavalan Solist Fino and Canadian Club Sherry Cask for Fino. Manzanilla is even rarer than Fino, but producers such as Bruichladdich, Bunnahabhain, and Tomatin have experimented with them.

Pedro Ximénez or PX, is the sweetest type of sherry and will contribute a richer and chocolatier texture. A little goes a long way, and because the whisky will turn out quite sweet, it’s also something easily found on the label if used. Examples – BenRiach 15, Laphroaig PX and Glenmorangie Sonnalta.

Port like sherry, is another style of fortified wine, most commonly hailing from Portugal. Although because the term “port” is not region-specific, port-style wines can come from anywhere, even Washington state. Emerging independent producers in the North America sometimes have relationships with local wineries who produce port-style wines. Tawny port, which is partially oxidized, is drier and nuttier, akin to oloroso or amontillado sherry, ruby port is more grapey and sweeter, and there are dozens of other styles in between. Ports outside Portugal are sometimes made from fruits besides grapes, such as blueberries. Examples of port-finished expressions include 1792 Port Finish, Glenmorangie Quinta Ruban, Balvenie Portwood 21, and Abraham Bowman Port Finished Bourbon.

Madeira is the rarest of the fortified wine casks, again only available from Portugal. Madeira comes in varying levels of richness and sweetness, from bone dry to sticky sweet and light weight to heavy. The richer and sweeter versions are the ones that tend to get used for whiskey. Examples: Tyrconnell 10 Madeira Cask Finish, Penderyn Madeira Finish and WhistlePig Old World Series Madeira Finish 12 Year.