How different grains affect the taste of your whiskey

I was working a booth at a spirits and bar trade show that featured a variety of spirits. The show was open to both beverage industry and consumers, and someone new to sipping spirits asked the difference between brandy and whiskey. I explained that there are many differences, but the biggest one is that brandy is made from fruit and whiskey from grain. “What kind of grains go into whiskey?”, he asked. “Do different grains affect the way the whiskey tastes?”

The best place to start is with traditional single malts. Historically speaking, Scotland and Ireland produce them – but so do Japan and Australia. Regardless of where they are made, the common thread here is that they are all made entirely from barley (American single malts only require 51% barley). Comparing a light, unpeated single malt from Scotland, such as Glenfiddich, a Japanese single malt such as Nikka Miyagikyo, and Knappogue Castle and you’ll see that they all share a roasty, toffee-flavored cereal quality. Of course, other flavors and textures come through as their methodologies and environmental factors come into play. They do, however, share that benchmark flavor characteristic. 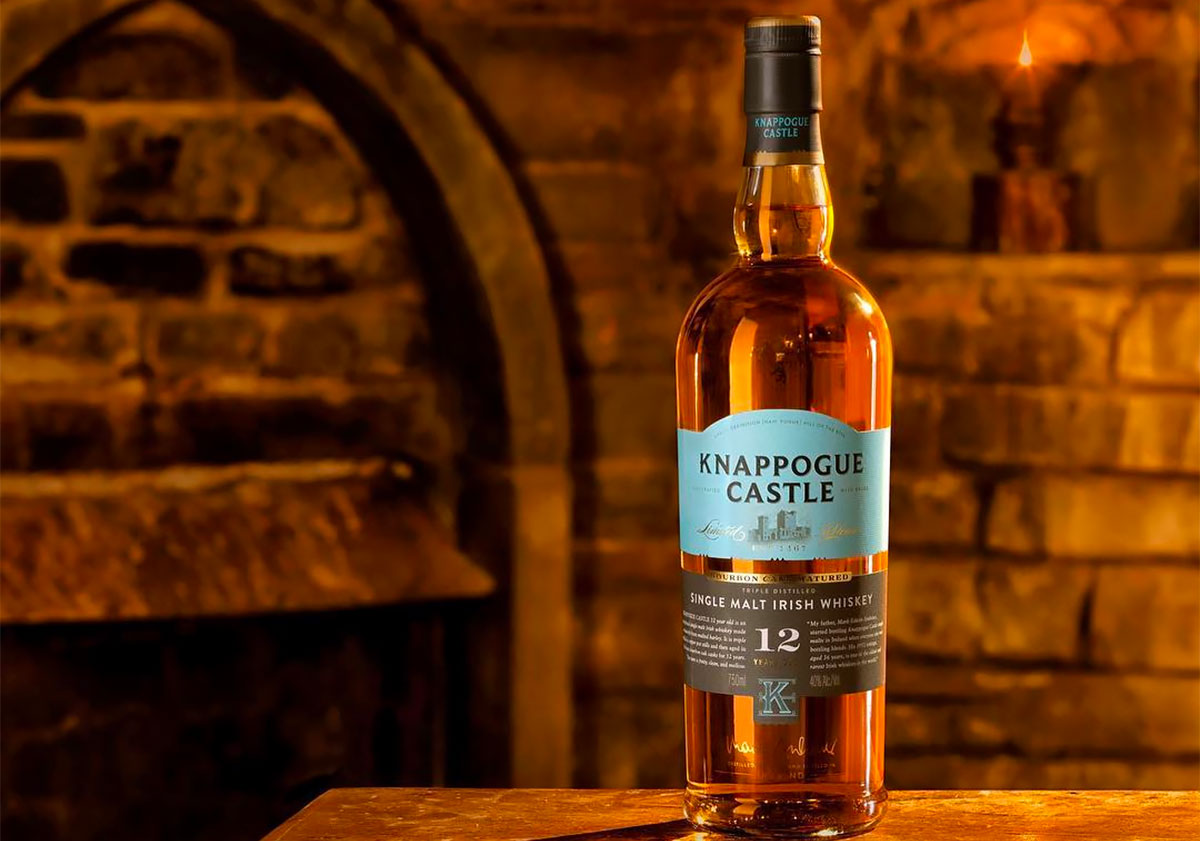 All bourbon is predominantly made from corn (at least 51%). Aficionados of this style tend to prefer it for its sweeter, robust flavors of vanilla and maple syrup. It can give way to a pleasant, leathery finish with further aging. Whiskeys labeled as “corn whiskey” are either unaged, or aged in used barrels. In these whiskeys you can really taste the influence of the corn as there is little or no barrel flavors involved. The rich, syrupy corn sugars really shine in such bottlings as Georgia Moon and Mellow Corn. For something more… shall we say – sophisticated, Balcones True Blue. 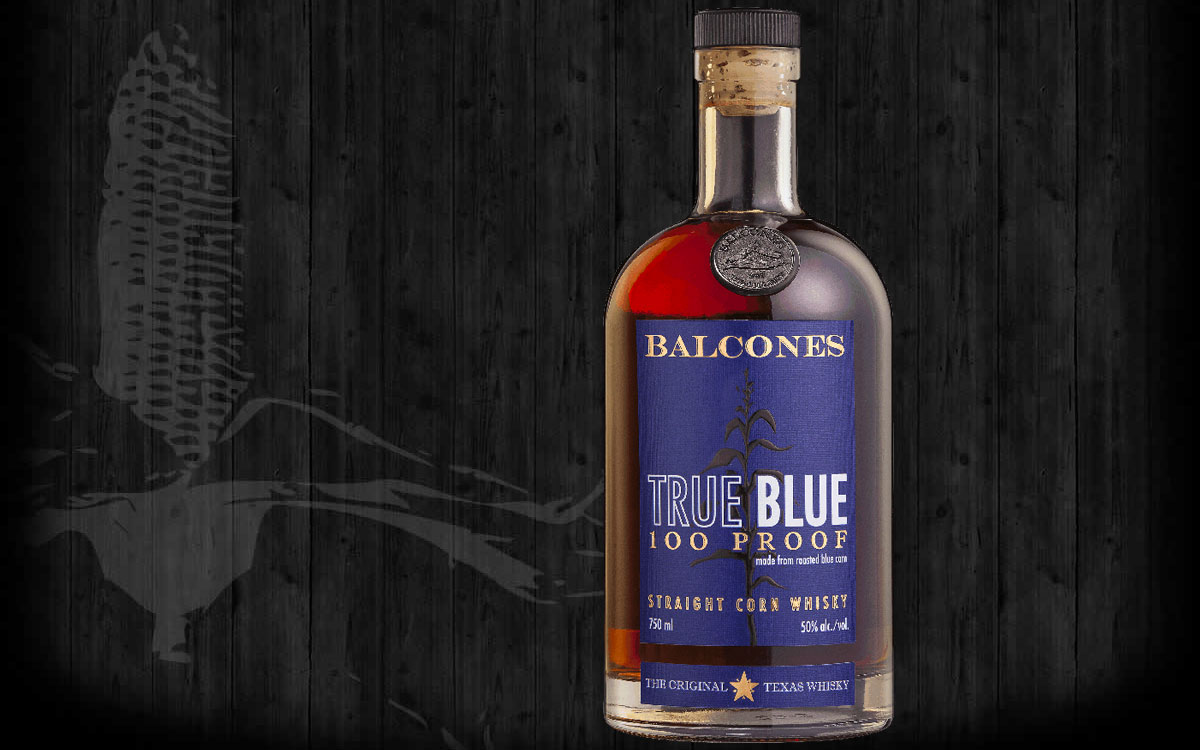 The recent rye renaissance appeals to drinkers who want that extra bite of sweet and peppery spice in their drink, and less sweetness. The higher the rye content, the spicier the whiskey. Like bourbon with corn, rye whiskey must contain at least 51% rye, and usually shares the mashbill with malted barley and other grains. Taste classic rye flavors in Old Overholt, Pikesville and Wild Turkey. Some distillers are opting to make whiskey with a rye mash bills as high as 100% for true rye heads. They like their whiskey super dry, sharp and spicy. Whiskeys like High West Rendezvous, Sonoma Rye, WhistlePig or any of the releases from Redemption come to mind. 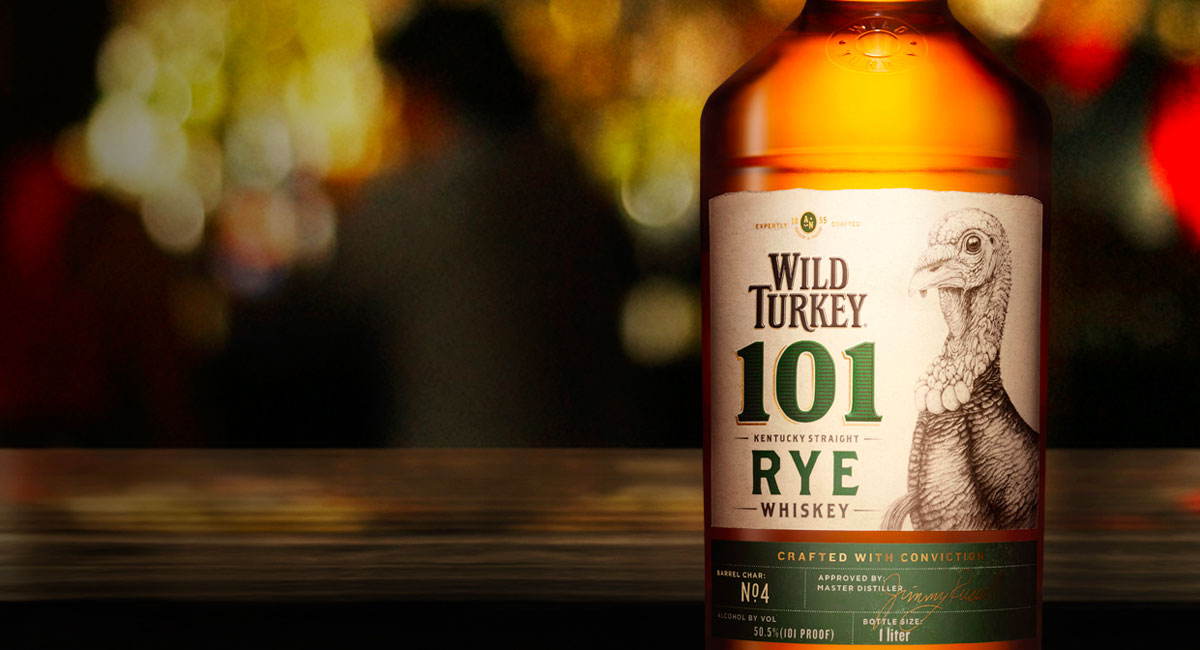 Why do people go crazy-go-nuts over Pappy Van Winkle? One of the things that distinguishes it from other bourbon is the wheat in the mash, which really does taste a bit like whole wheat bread with honey (hey, some things just taste like what they are.) However, you don’t need to drop mad cash on Pappy in order to taste a wheated bourbon whiskey. Try any of the range of solid W.L. Weller bourbons, (named for the guy whose brilliant idea it was to add wheat to the mash bill in the first place), and if you can’t find that, good ol’ Maker’s Mark or Rebel Reserve, will fit the wheated bourbon bill. 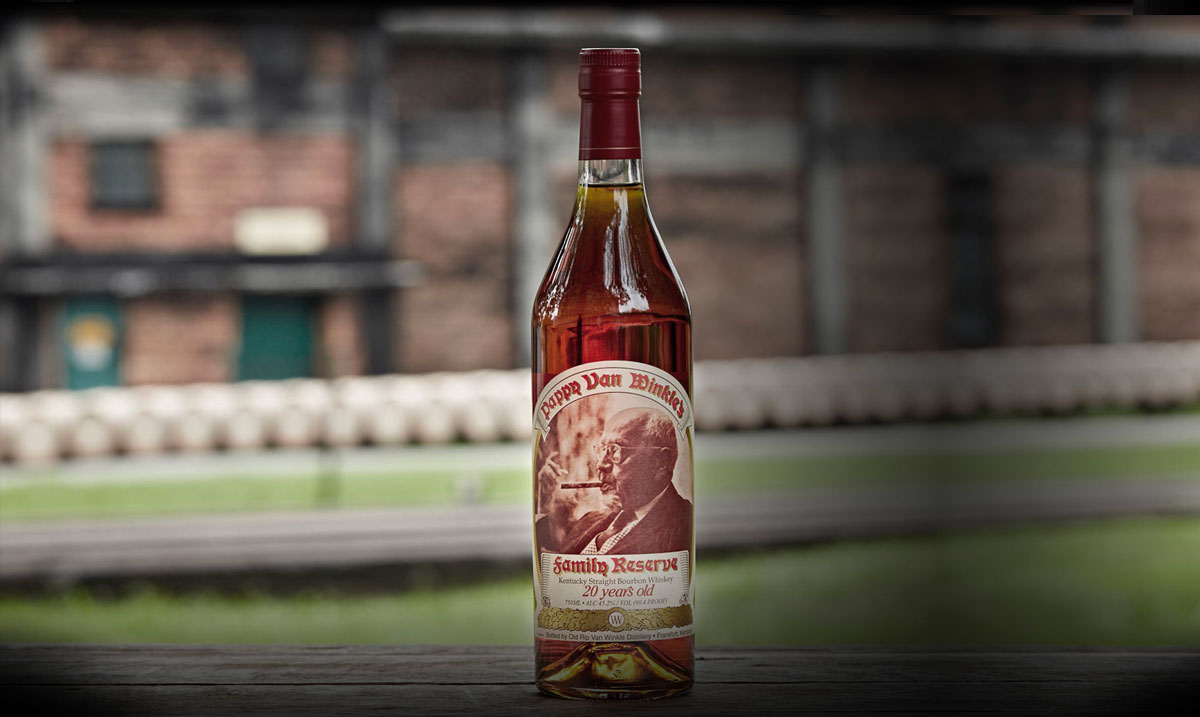 For the full wheat experience opt for wheat whiskey with very high percentages (sometimes 100%) of wheat in the mash bill: Bernheim Original Wheat, 1792 Sweet Wheat, or Masterson’s Straight Wheat Whiskey. You could also take a trip across the pond and seek out Haig Club Single Grain which is made from 90% wheat.

Since you can make whiskey out of almost any grain, a few distilleries are playing around with alternative ingredients, most notably in the United States. Koval makes a limited edition single-barrel millet and a single-barrel spelt expression. The millet has somewhat of an anise note to it while the spelt is more grassy. Creamy and dense oat whiskeys have rolled out from Koval and Corsair. Lest you think that experimenting is only for the craft distiller, even the giant Jim Beam has also dabbled with alternate grains for their Signature Craft bourbon series, using these grains as accents to the corn. 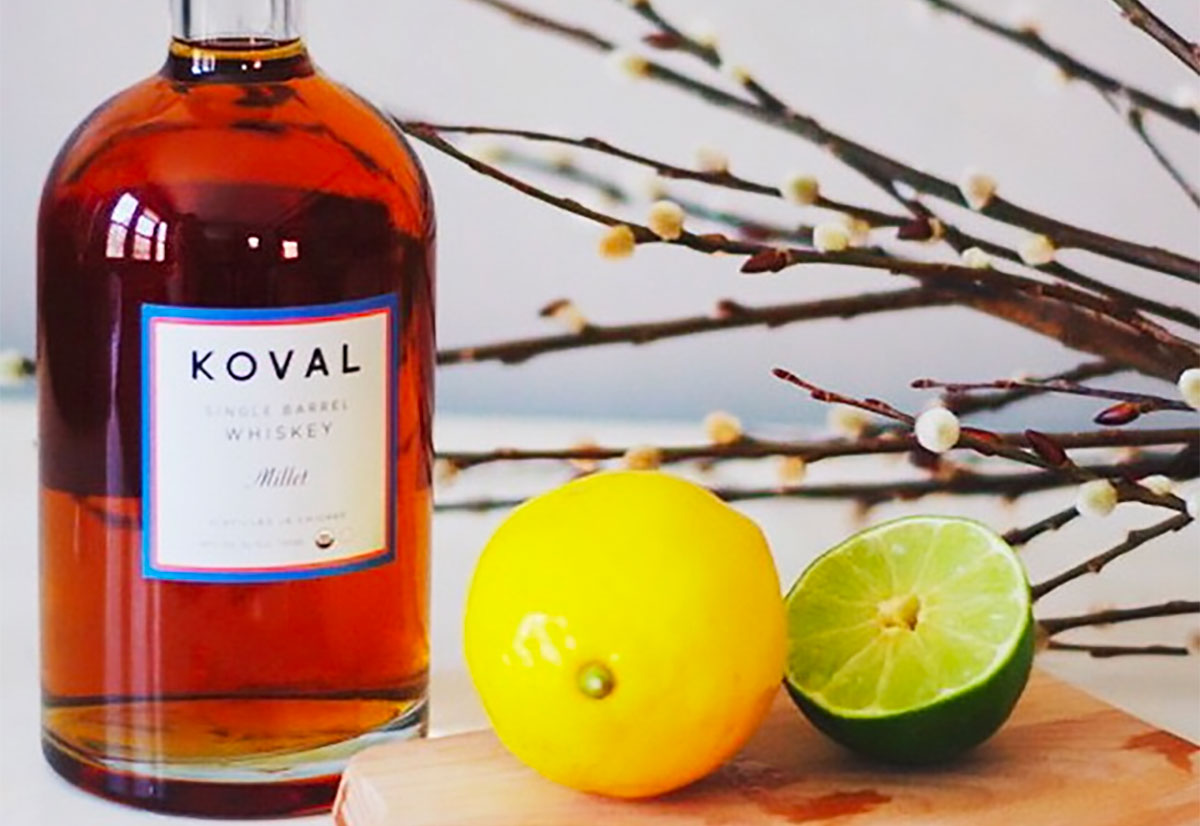 In addition to oats, Jim Beam has used triticale, (which is a hybrid of wheat and rye). Whiskeys that use this grain tend to have the rye spiciness with more of a sweetness and somewhat chalky, breakfast cereal aromas and flavors. Jim Beam’s Signature Craft series has also experimented with brown rice, which adds a nuttier flavor with an oilier texture. While these flavors often take some getting used to, they each have their charms.

Sometimes the best way to taste the grains in a whiskey is not one that spotlights a single variety, but is instead a blend. Hudson from Tuthilltown and A.D. Laws, for example, went the four-grain route in a bourbon blend. The spiciness of the rye plays off the sweetness of the corn, the mellowness of the barley and the cereal texture of the wheat – each grain highlighted by those with which it shares the mash bill. 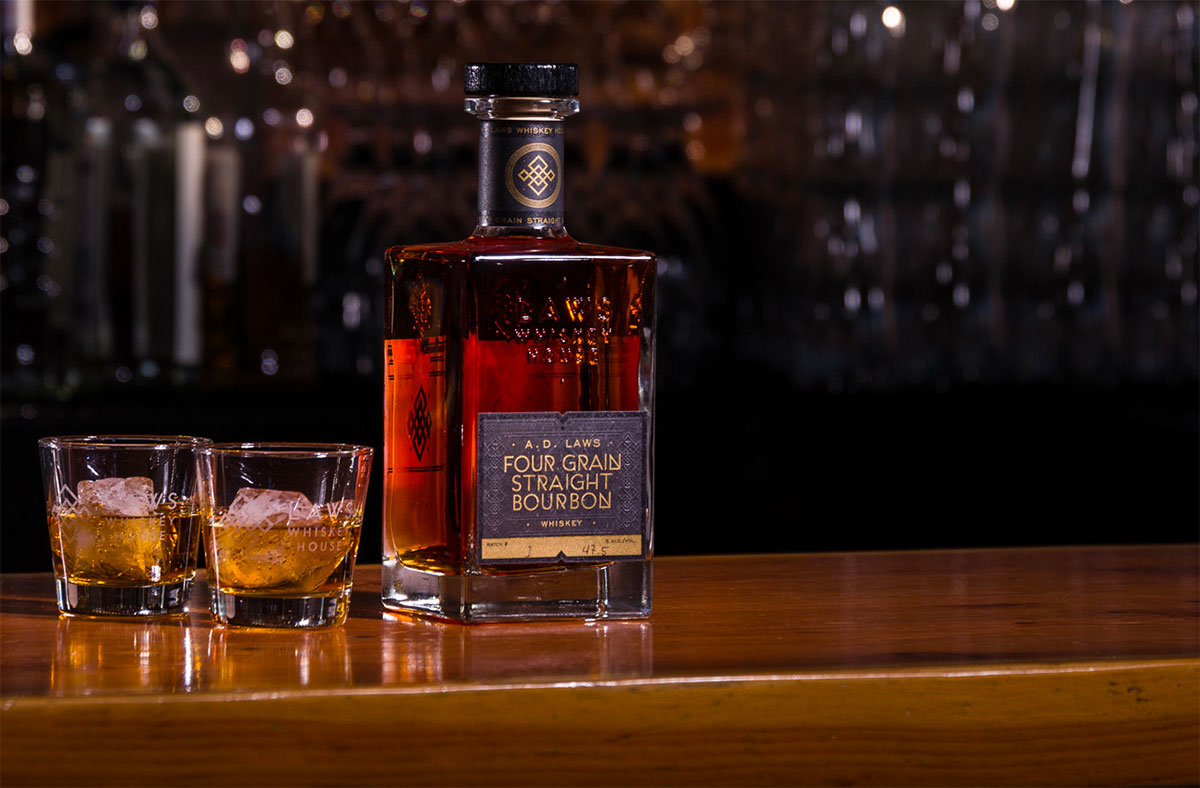 As always, the best way to acclimate to new whiskey is to taste them.

Ready to dive right in?

The Wide World of Rye Whiskey