Whenever the temperature begins to drop, we often change the things that we eat and drink. This is true in the spirits world as well. Lighter drinks, like the Mojito and the Aperol Spritz which we craved during the summer, are passed over in favor of stirred drinks like an Old Fashioned or a Manhattan. Aged spirits become the natural go-to as the leaves begin to change color. But there’s something about brandy, and calvados in particular, that seems so right come autumn. But perhaps you’re new to this category. Don’t worry. Our Calvados guide below will help you get acquainted with the French brandy.

Calvados Guide: What is Calvados?

Before you go out and buy a bottle, it’s a good idea read up on the category itself. So, what is calvados? Calvados is a type of brandy made in Normandy in Northern France. In fact, calvados — just like cognac and armagnac — is a French brandy regulated by an AOC or Appellation d’Origine Contrôlée (Controlled Designation of Origin). Where and how these products are made is tightly controlled to ensure quality, consistency, and tradition. This covers everything in the production of these brandies from where the fruit must originate to the types of wood allowed for aging and every step in between. 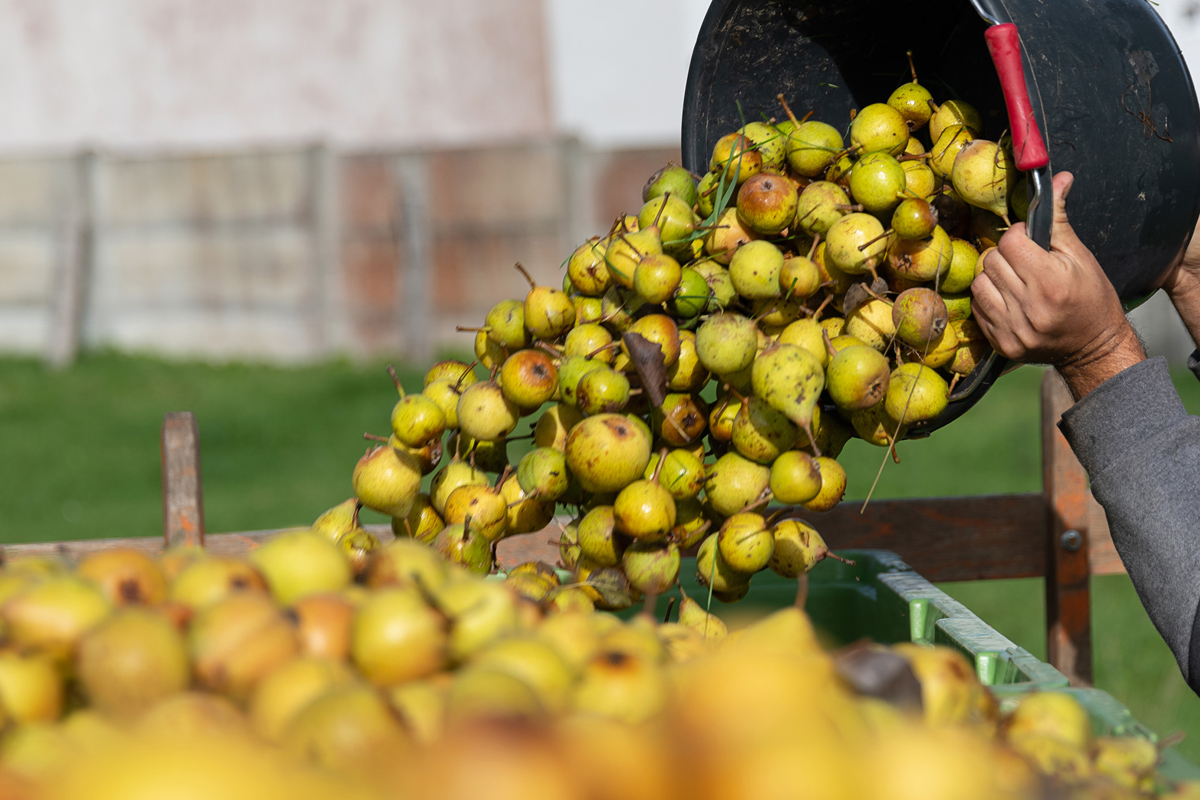 However, unlike cognac and armagnac which are made from grapes, calvados is made from apples (and sometimes pears). So cider or perry, not wine, is made and then distilled. But while there are just a few grapes allowed in cognac and armagnac production, there are over 200 varieties of cider apples allowed to be used in the whole of Calvados in addition to over 100 perry pears. Cider apples are generally classified as bitter, bittersweet, sweet and acidulous. A mixture of cider apples is generally desired to obtain a good balance in the resulting calvados.

There are three appellations, or regions, in Calvados. When a region is listed on the label, this means that 100% of the calvados comes from that region.

Calvados: This is the largest area, and it makes up the bulk of the production at 70%. Here, a choice of either pot or column stills is allowed, but column is usually used.

Calvados Domfrontais: Column distillation is required here. Also, at least 30% of perry pears are required in this region and the minimum aging requirement is 3 years.

Calvados Pays d’Auge: Double distillation in a pot still is required and perry pears can only make up 30% of the production. 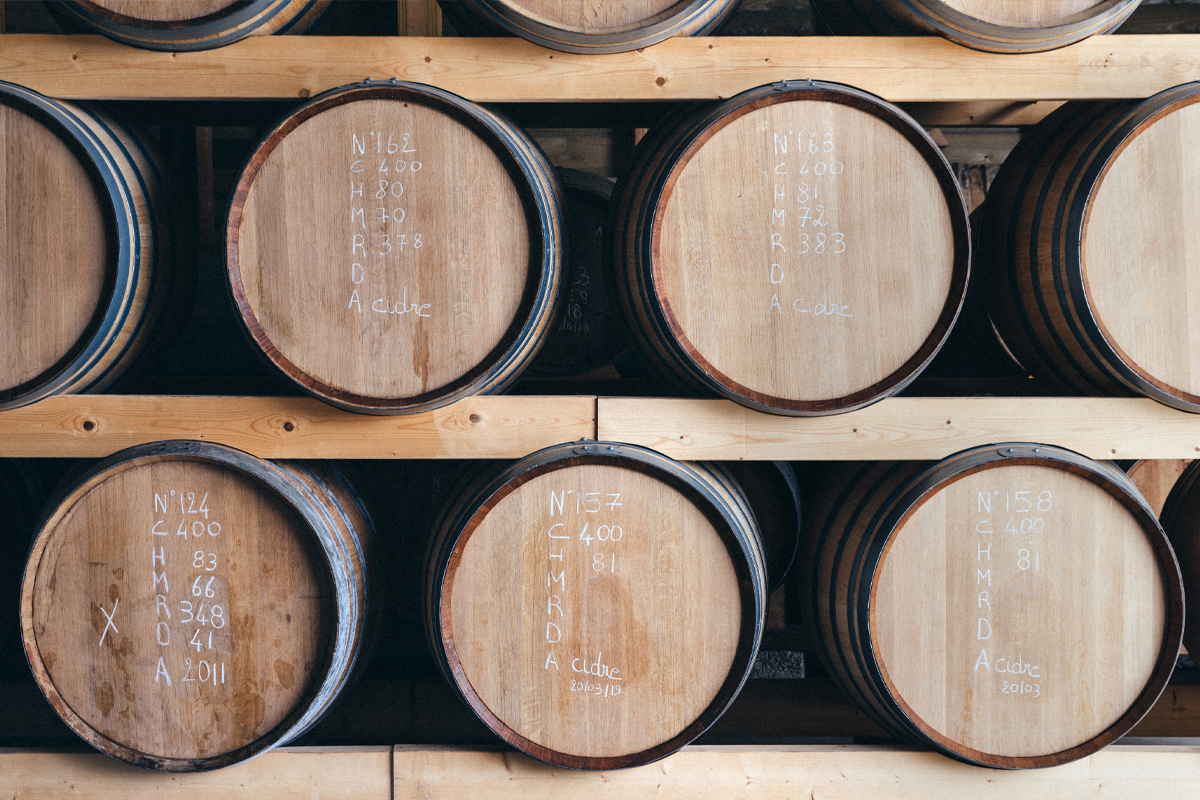 For calvados you will see a mix of both age statements and the more traditional classifications such as VS, VSOP and XO. Age statements declare the minimum age in the bottle, but older calvados is allowed in the bottle. You will also come across vintage-dated calvados where the date the fruit was harvested is declared. However, blending several vintages is more commonly found. If you do purchase a vintage calvados, try to find a bottling date as well so you can determine its age.

VS or Three Star: These styles are aged for at least 2 years.

Vieux or Reserve: These styles are aged for at least of 3 years.

Vieux Reserve, VO, or VSOP: These spirits are aged for at least 4 years.

Calvados Guide: Brands to Seek Out

Like any aged spirit, the more youthful bottles will be suitable for cocktails (and your pocketbooks). Meanwhile, the older and rarer calvados bottles do very well as a nightcap or paired with a cigar. And don’t forget about food pairings. Normandy cheeses such as Camembert or Saint-André will make fine accompaniments to your glass of calvados. Here are a few brands and bottles to seek out. 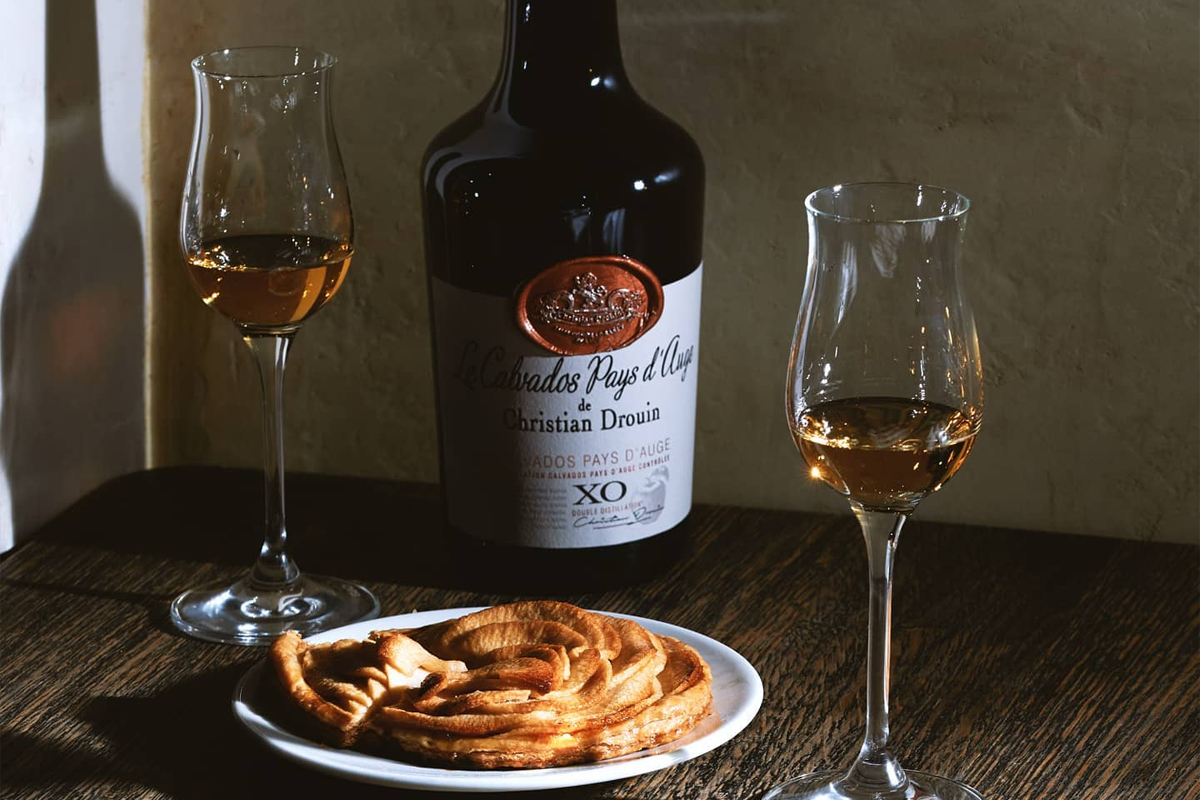 After purchasing a farmhouse and surrounding orchards, Christian Drouin Sr. began distilling calvados in 1960 only to find little demand for his apples. Luckily a family friend with his portable still came to the rescue. The mobile stills, built in 1947, are still in use at the Drouin estate, where they found their permanent home. This XO bottling is made in the Pays d’Auge region and was aged in small, previously used casks including still wine, fortified wine and brandy casks.

The Lemorton estate is located in Calvados’ Domfrontais in the southern part of the region. As opposed to the neighboring orchards to the north, the pear tree plays a significant role here. In particular, the Lemortons tend trees that are 70-80 percent pear, creating a spirit with a distinctive white flower character and tons of juicy orchard fruit. This is their entry-level bottling, but don’t let that fool you. This Reserve is a fascinating contrast to calvados made only from apples.

The brand was established in 1825 by founder Pierre-Auguste Boulard. The calvados selections used for this bottling come from the Pays d’Auge area and range in age from 4-10 years of age.

The Camut estate grows a staggering 800 types of apples on its bucolic property in the heart of the Pays d’Auge region of Calvados. This, and the maturation in large semi-full oak barrels, creates a spirit with surprising complexity and softness for a relatively young brandy. The Pays D’Auge AOC requires double distillation in copper pot stills, but the Camuts go a step further by using wood fire to power the still the old fashioned way.

Like Camut, this calvados is also double-distilled in pot stills with direct wood fires. The cider, made using 30 apple varieties, ferments and rests on the lees for a full year before the first distillation. After the final distillation, the eau-de-vie ages in large barrels, most of which are more than 100 years old and never fully emptied. Bottling is done on the estate without chill filtration.

Feeling inspired by this calvados guide?

A slew of new whiskey announcements