Single malt whisky seems simple enough to understand. But there is some confusion as to what those three words ACTUALLY mean. To help you keep track of this whisky category, we’ve got some information to help you make sense of it all.

An added note: For the purposes of this breakdown, we will not be discussing AMERICAN single malt whiskey. We’ve covered it in the past, but to catch you up a bit, malt whiskey in the US only requires 51% of the mashbill to include malted barley. Furthermore, NEW charred oak barrels must be used. This matter is currently under debate with an American Single Malt Whiskey Commission trying to get the definition changed. We will keep you posted on any changes to this category.

WHAT IS SINGLE MALT WHISKY?

Single malt whisky is:
-Made from a 100% malted barley mash.
-Distilled in a pot-still.
-Produced at one distillery.

Additionally, if the single malt is made in Scotland or Ireland, it must be aged for at least three years in the country of origin. It can, and is, made in countries all over the world. Any type of barrels are fine to use, but used whisky barrels are often chosen — particularly ex-bourbon barrels.

The above are the standard facts, but there is a bit more to cover. First, we need to dispel the notion that single malt whiskies aren’t blends; they are. Single malt whiskies are the result of many barrels blended to create a whisky. They just happen to come from a SINGLE DISTILLERY. An exception to this statement is if it is a single BARREL whisky — the whisky coming from one cask (barrel, hogshead, sherry butt, port pipe, etc.) — then it is not a blend.

There is an art to blending a single malt bottling. This blending is often called a “batch” so sometimes this will be included on the label. To be consistent year after year is a challenge as barrels mature at different rates even if they are right next to each other in the warehouse. It is much easier to release a single barrel — although to find one worthy of a single barrel release is also an art in barrel management. 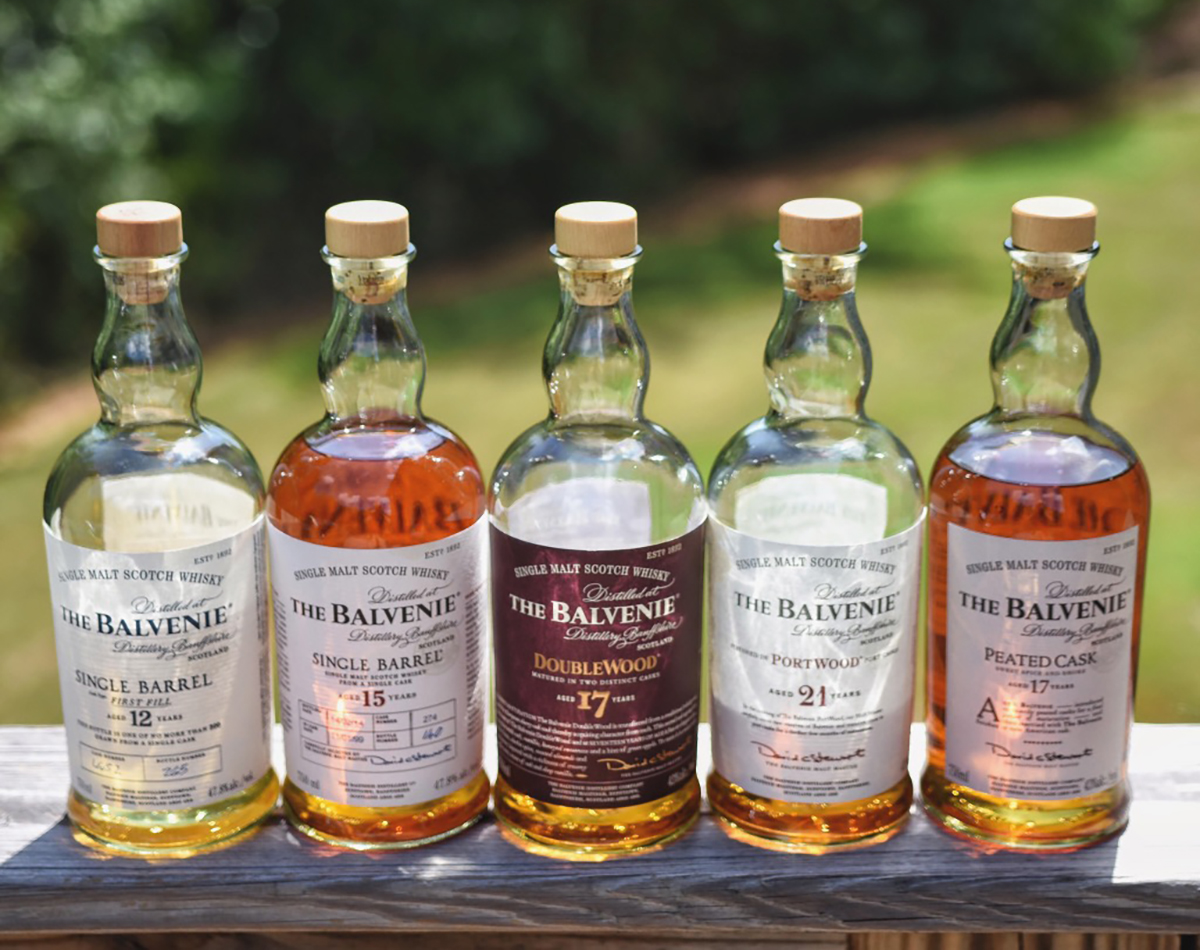 One more thing on single barrel releases, be prepared for bottle variation. Unless you are buying a bottle from the same barrel, expect the flavors of the whisky to vary slightly. Oftentimes, the barrel number, and sometimes even the bottle number will appear on the label. Something to look out for.

What is “malt”, you may be asking? Malt or the malting process, rather, is taking raw grain and converting it so that the starch turns into fermentable sugars. There are several steps in this process, but an easy way to think about this is that the distiller is “tricking” the grain into thinking it is growing. This is done by soaking the grain in water then laying the grain on a warm floor. The grain begins to germinate (create a sprout). This process takes a few days. During that time, you need to turn the malt so that the barley doesn’t get too hot. Needless to say, this is backbreaking work (Monkey Shoulder gets its name from the injury the maltmen would sustain from turning the malt.)

This would be a good time to mention that very few distilleries do their own floor malting. Most of the distilleries purchase their malted barley. A few of them malt their own barley for part of their production: Bowmore, The Balvenie, Laphroaig, Kilchoman, Highland Park among others. Springbank, however, is the only distillery in Scotland to do 100% of their own malting.

HEAT OR PEAT THEN ROAST

Okay, back to malting. Since we don’t want to actually grow the grain, we need to halt the germination process. You do this by adding heat, or kilning, which dries the barley. Today, this is usually done with hot air, but traditionally, you would use whatever fuel source you had. Coal, wood, or peat. This is how your peated whiskies get their smoky flavor; it is at this step of whisky production. (If you’re interested in knowing a bit more about peat, give this a read.)

Next, you roast the grain. The degree of roasting can vary so you can have a very light roast, or a dark, chocolatey roast (think coffee). After this, you are ready to mill and make a mash (creating a sugary liquid which can be fermented). After fermentation, you have yourself a beer — although not a very good one. But, you’re ready to distill!

A pot-still is required for single malt whisky production. The number of times isn’t limited, but it is usually double-distilled, though some distilleries triple-distill, particularly in Ireland. The size and shape of the still will create a different end result which is one reason why each single malt distillery has their own style.

NO OTHER MALTED GRAINS

The term “malt” has become synonymous with barley. However, you can make a whisky with unmalted barley — giving a shout out to you, single pot still whiskey! You can also malt any grain. There are malted rye whiskeys, for example. So you might see a label that says Malted Whisky, but it is made from something other than barley. But you can’t do that in Scotland or Ireland. There only malted BARLEY is allowed in single malt whisky.